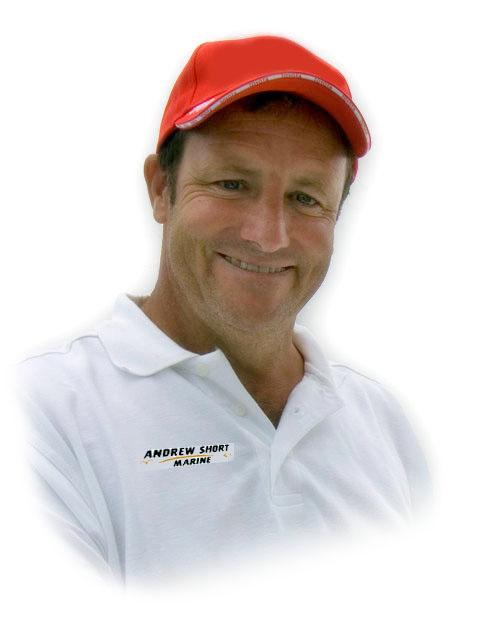 October 20, 2009 — The first reaction was disbelief. Then a pall fell over the boating community. How could affable Andrew “Shorty” Short, 48, have lost his life? He was a larger-than-life character, after all, a friend to all and sundry, and he touched not only those he sailed with and against, but greenhorns wanting to buy a tinnie from his eponymous undercover Sydney dealership or a Sea Ray sportscruiser from his marina and waterfront showroom.

They were moderate conditions, it was a short 92-nautical-mile overnight yacht race from Sydney to Flinders Islet off Port Kembla and back, and Shorty and his crack crew know the ropes. His carbon-fibre Reichel Pugh 80-footer had been bought and delivered from New York last year. Formerly known as Shockwave IV

, she had a great track record.

But the sailing fraternity was hit by a double whammy when news came through that the other deceased was crewmate Sally Gordon, 47, who the Cruising Yacht Club of Australia recently acknowledged for her achievement of 15 Sydney-to-Hobart yacht races. That’s a feat that has only been achieved by three other women including former Trade-a-Boat editor Vanessa Dudley. It was indeed a black October night.

In an act of utter selflessness, Shorty reportedly threw a strobe light to his son Nicholas, 19, before his dad lost consciousness. Nicholas was rescued. So, too, Shorty’s 14-year-old son, Mitch and the 15 other crew that clambered onto Flinders Islet.

Yours truly and the crew at Trade-a-Boat have known Shorty, on a professional and personal level, for many years. We have sailed on his yachts, photographed them powering out to sea, spent weekends at his annual rendezvous for Sea Ray boat owners, tested countless craft through his dealerships, enjoyed breakfasts, lunches and dinners at Plonk Café on his marina. And watched his family grow up.

Shorty was a doer but, above all, a giver. Our thoughts are with the families including Andrew Short's wife Kylie and his five children. The big unanswered question is: why did the yacht run aground? A police investigation was underway at the time of writing. The Cruising Yacht Club of Australia rightfully dismissed any suggestion that night sailing is to blame. Flinders Islet even has a light on it.

There’s now a gaping hole in the hearts of many Australians following the tragic overnight yacht race. But the spirit of Shorty lives on. He was one of those rare knockabout types who loved nothing more than sailing and rubbing fenders with boaties of all walks. He died doing what he loved most.

Meanwhile, blogs have been abuzz with cries for Jessica Watson, 16, to call off her around-the-world sailing endeavour to be the youngest circumnavigator. What hope has she when more experienced sailors have been lost at sea, ask the pundits? But the pint-sized sailor and her pink yacht are determined and were preparing to set sail last week.

According to our expert adventure writer Don McIntyre, who in fact bought Watson’s S&S 34 yacht, she is better equipped and more experienced than Jesse Martin ever was. And no one told him to hold back. The fact of the matter is that boating in all its guises can be dangerous.

For we pleasure boaters, I recommend taking the view that no voyage is worth the risk. Limit your exposure to adverse weather, and do wear a lifejacket —
an inflatable yoke is unobtrusive —
as required by your state maritime safety authority or when and if you find yourself in times of heightened risk. Death comes like a thief in the night.