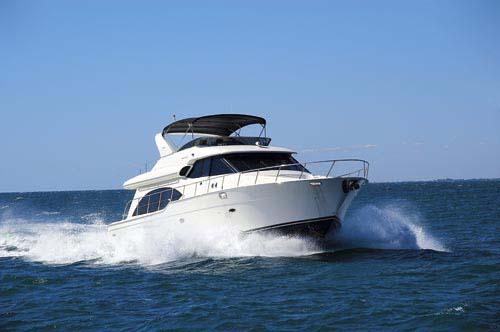 The Ethanol issue won’t go away, as many rely on it for income, politicians owe favours to greens and Ethanol lobby groups are strong.

The reports linked below shows some are belatedly trying to have the other side heard and all is not well, despite the retoric.

Even President Obama mentioned Ethanol in his speech this week as one of the ‘planet savers’.

Americans are far ‘ahead’ of us in Ethanol % usage and we follow their developments.

The issues of green benefits, cost, damage to tanks and motors are far from resolved, both for Marine and Road vehicles. For example, isn’t most Australian Ethanol produced from sugar-cane, which starts with a huge fire, then is transported to a mill, with processing and more transport?

Some petrol company sites even admit Ethanol has a shelf life of days in the tropics and weeks elsewhere. Few boats use their fuel in days.

The Melbourne Age newspaper recently published a test on cars driven with unleaded vs Ethanol. Ethanol is not cheaper, despite appearing so at the bowser, as it delivers less efficiency – and they had the test to prove it.

One Trailer Boat reader has a Fairlane on dual gas and unleaded. He filled his fuel tank in Queensland. After using gas for months, he changed to unleaded and found to his dismay that he had filled with 10 percent ethanol fuel. He did not notice the very small signage at the Petrol Station and in fact I believe at least one state does not require a sign at all.

It cost him around $350 to clean out the goo – not to mention the inconvenience.

The lawsuit says the oil companies have been negligent by not providing warnings to boat owners that ethanol additive can corrode fiberglass fuel tanks and require the tanks to be replaced, and secondly, that phased separation of ethanol from gasoline can cause engine damage.

Protect your engine against modern fuel

If you cannot avoid Ethanol, this product from Mercury Marine (www.mercurymarine.com.au) is designed to help.