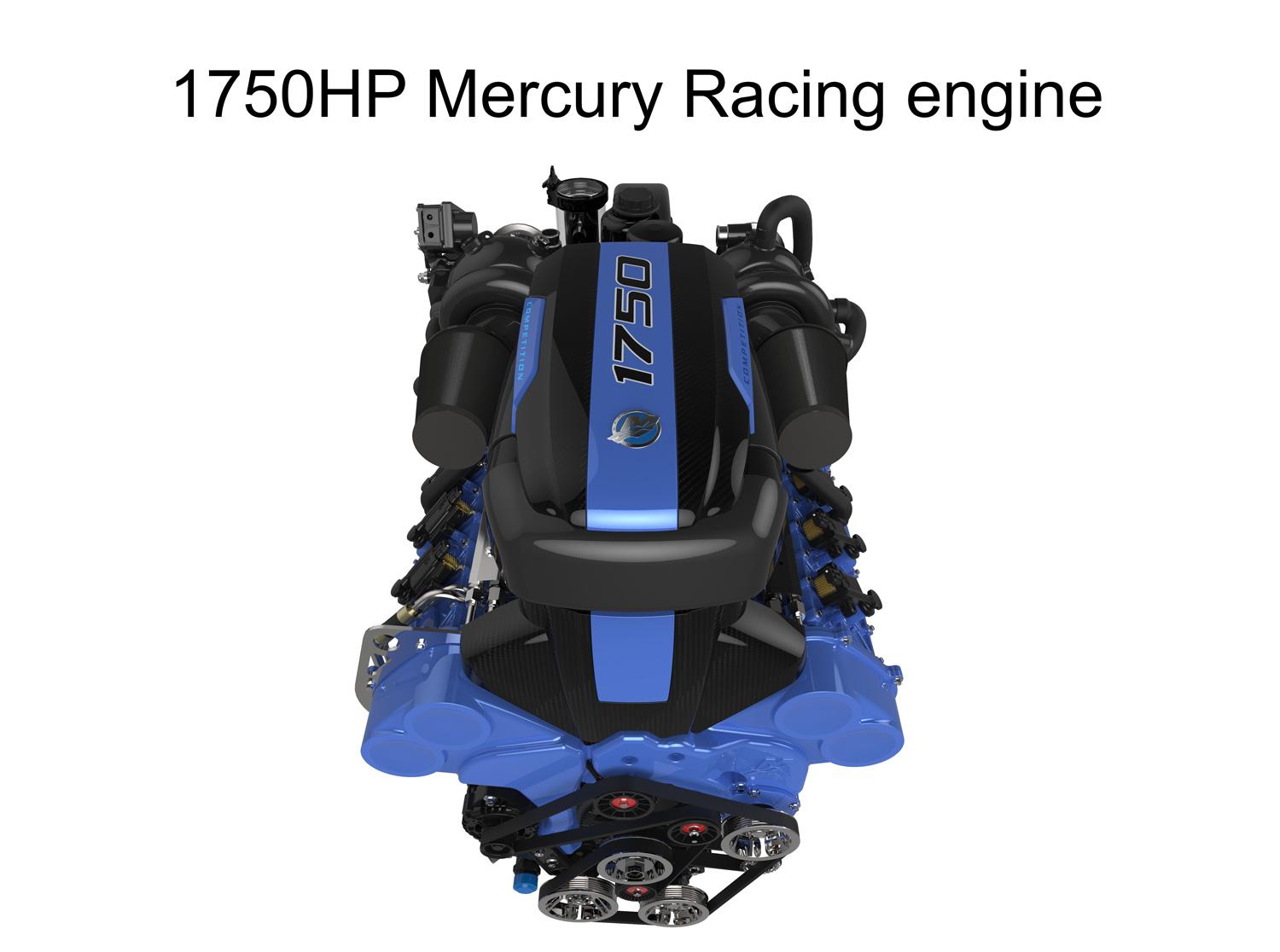 The numbers on the Mercury QC4v 1750hp Competition racing engine are big – nine litres and 1750 horsepower. This is the most powerful engine Mercury Marine has ever produced.

The Propulsion Control Module (PCM) is the brains behind the brawn, continuously adjusting a boost control valve to provide consistent horsepower.

The PCM can also optimise fuel and spark timing independently in each cylinder, enhancing running quality, performance, fuel economy and durability. The use of an independent ignition coil per cylinder helps eliminate sparkplug fouling.

The PCM also drives the exclusive Engine Guardian System that monitors engine functions to forewarn of possible problems that could lead to engine damage. This smart technology not only detects problems and alerts the driver but also processes the data and reduces power to the maximum safe level, allowing you to continue operating but with lower risk of engine damage.

The drive and hydraulic transmission had to be built tough to handle the 1750’s high torque and power, but designed specifically for DTS, the transmission still delivers smooth and consistent shifts. The power is transferred to the water via Mercury Racing Pro Finish five or six-blade CNC sterndrive propellers.