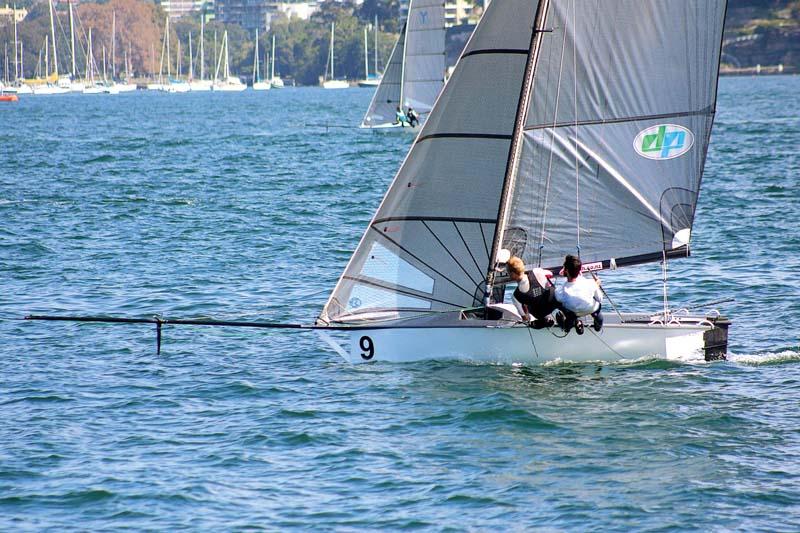 Defending champion Brett Hobson was awaiting the birth of his second child and left Geotherm with James Francis and Billy Lusty. They took fifth overall.

Racing was abandoned on the Good Friday as conditions were too light, so the 24 crews were raging to get on the water on Saturday for two races in east and northeasterly winds.

“We sailed the easterly course in the first race, then the northeasterly. It maxed out at 9kt, enough to power up with our big gear with two on the strings,” Press said after the second race.

Sunday’s two races were held in easterlies up to 12kt and there were close finishes.

“Racing was tighter,” admitted Press after beating Big Foot by 35 seconds. “We had a really good tussle with Dad and Scott.”

Terms & Conditions gave Sydney Sailmakers a run for their money in race two, only 16 seconds behind.

On Monday crews drifted for 45 minutes waiting for the breeze before light weather specialists Temple/Jones won the start, looking unstoppable. Terms & Conditions, Big Foot, and Geotherm gave chase until Sydney Sailmakers found a zephyr and won by 27 seconds. The breeze died after that, ending racing.