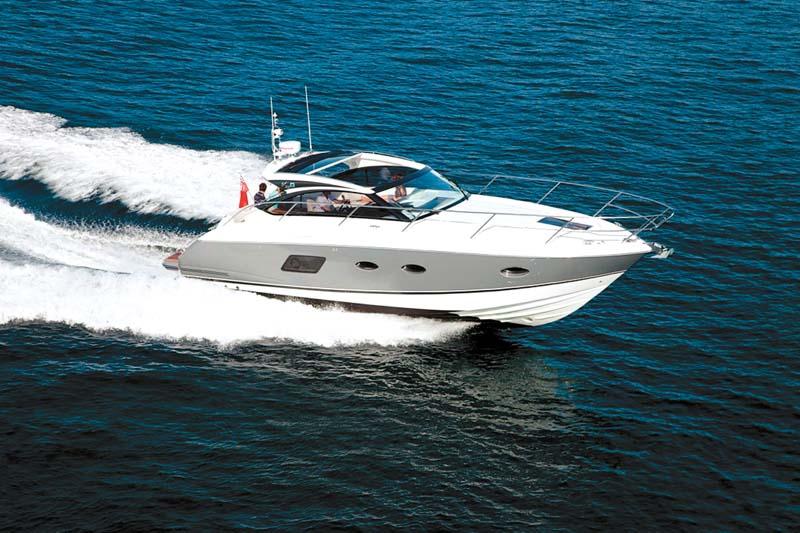 Princess Yachts is returning to the Australian show circuit after a three-year absence, unveiling its latest Princess V39 luxury sports yacht at the upcoming 2016 Sanctuary Cove International Boat Show, the 28th time the show has run.

Hugh Simson, sales manager at importer Boutique Boat Company, said they were enthusiastic about exhibiting at SCIBS. He believes the brand will excite visitors and mirror its sales success in Europe.

“We are planning to exhibit the current Princess V39 model which has achieved international acclaim and was declared, pound for pound, the best sports cruiser under 45-feet.

“We will also have sales staff on hand specialising in Princess Yachts and our customary hospitality.”

Also confirmed for display is the De Antonio D23, a versatile supertender that doubles as a day boat.

“In Europe, this kind of craft is extremely popular and a must-have for waterfront living and yacht owners. We’re confident of the same response here.”

The De Antonio D23 boasts a 200hp outboard engine discreetly installed under the cowling, plus aft seating which converts into sunpads, and a carbon-fibre rooftop.

“Of course, you can customise every aspect of these premium boats to suit your preferences, from the layout and interior styling to accessories. You’re limited only by your imagination.”

SCIBS general manager Johan Hasser said the team was thrilled to announce Princess was back on board and adding to the high-calibre list of exhibitors attending the 28th show.

“To have leading luxury boating brands such as Princess Yachts at SCIBS is a great vote of confidence and we know visitors will be glad to see the best of British back in 2016,” Mr Hasser said.