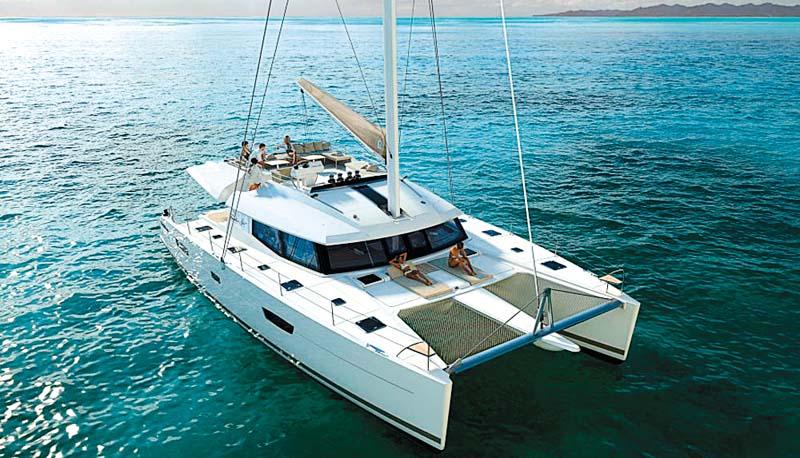 Australia’s major catamaran dealers and distributors will showcase their latest powered and sailing cats, along with presentations on how to achieve work-life balance through ‘Sea-batticals’ – extended time away cruising.

“We have seen the emergence of a catamaran superhighway along Australia’s eastern seaboard up to Hamilton Island and the Whitsundays.”

John Cowpe, MD of The Multihull Group (part of Windcraft) announced the Australian debut of the new Lagoon 450 SporTop and Lagoon 40 Motor Yacht at SCIBS.

“Lagoon is one of the world’s best-selling catamarans. They are constantly evolving, innovating and adapting to client feedback,” he said.

Noting the rise of power cats, he said: “They can take you anywhere, offer great fuel economy and are easy to operate.”

Gold Coast-based MEC will have a new 15m luxury power cat on show, built to the owner’s exact specifications.

“Aluminium doesn’t require moulds, so it suits custom designs. You can have anything from a spiral staircase to an extended swim platform,” MD Murray Owen said.