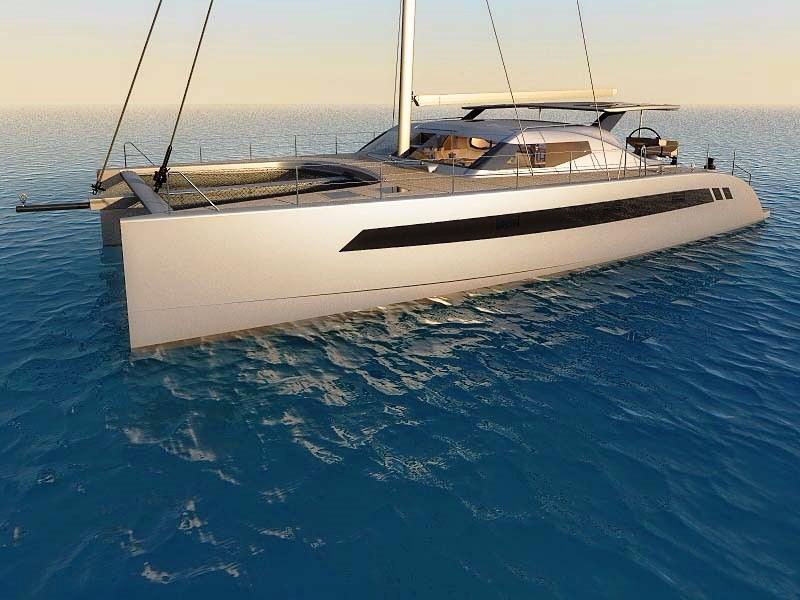 Seawind describes its latest multihull sailboat, the Seawind 1600, as ‘the perfect balance of cruising comfort and performance sailing’. From past boat Sewind boat reviews on the 1160 and 1100, we expect the same to hold true.

The Seawind 1600 has close to a 1:2 beam-to-length ratio at 52 by 25 feet, so it should have acres of space to relax and enjoy silent sailing. Typical of cats, draft is shallow at 2.6m with daggerboards fully down and a poultry 0.54m with the boards and rudders up. This should give owners the opportunity to explore pacific atolls and tidal areas with peace of mind.

Power drive comes from a pair of Yanmar 53hp marine diesel engines which, combined with the 750-litre fuel capacity, should offer plenty of momentum on low wind days or when berthing.

The Seawind 1600 can be had in a three- or four-berth arrangement with the fourth cabin replacing the master bathroom in the starboard sponson. This change also impacts on the galley, which pushes more midships to allow for a master en suite.

The port-side sponson layout remains the same, with a pair of guest rooms – one with twin singles and the other a double bed sharing a central bathroom.

The rear lounge is, as always with cruising cats, the focal point for entertaining. And the 1600 doesn’t disappoint here, with twin settees behind each helm, a single lounge and an L-shaped dinette all covered by an extensive moulded awning. A davit is available for tender duties, while steps lead down to massive boarding platforms.

Inside it’s all Euro class. Soft tones and optional wood veneers make the best of the masses of light available, while a fold-down TV will help keep the kids entertained on long passages. On the port side, lounge wraps around an up-down table with comfortable space for dining, while on the starboard side, the fully equipped galley features ample bench space and plenty of ventilation.

Where do we expect the Seawind 1600 to be most popular? As a destination charter boat and in the hands of the adventurous, especially those with an eye to the Pacific Islands.