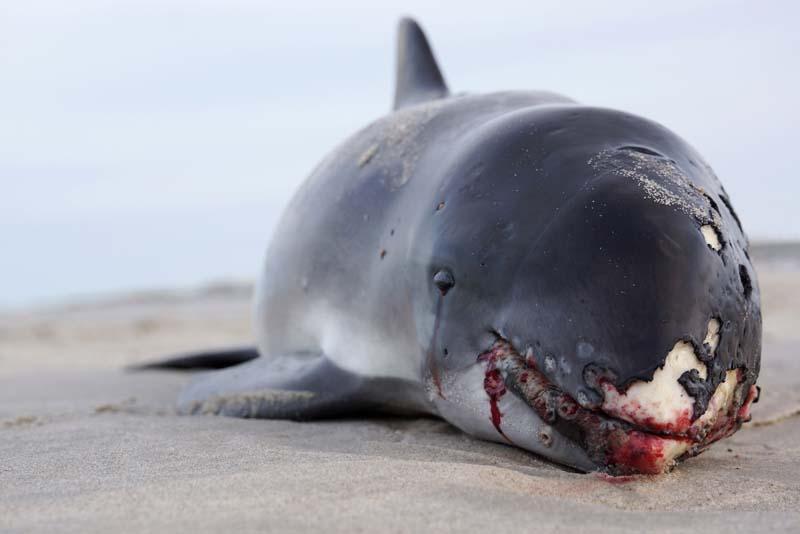 is a 95m-long industrial-scale, factory freezer ship, currently fishing in Australian waters. The ship is contracted to Seafish Tasmania, the same company that tried to bring the 130m-long FV Margiris, the original supertrawler, into Australian waters back in 2012.

Following public outrage, the government eventually banned the Margiris and supertrawlers like it. However, the supertrawler’s former operators are now back with the Geelong Star. Although technically a shorter ship, the Geelong Star is another mega-sized industrial-scale fishing machine. Known as a freezer trawler, it catches vast numbers of fish in its huge 70m+ net, then processes them onboard in giant batches.

Anglers, politicians and environmentalist across Australia have been outraged, yet it continues to fish Australian waters despite intense public opposition. And let me tell you, if that doesn’t get your blood boiling, here are…

5 horrifying facts about the Geelong Star (you probably didn’t know about)...

The Geelong Star is contracted by Seafish Tasmania — a company that not so long ago pleaded guilty to environmental crime in an Australian court of law.

What happened? On August 19, 2015, Seafish Tasmania was hauled in front of a Hobart magistrate where it admitted to violating Tasmanian environmental laws. Its crimes included poisoning a creek, which Seafish Tasmania filled with so much polluted waste water that, to quote one report, it caused “degradation to the water quality to a point where fish or other water dwellers would not have been able to survive.”

Seafish Tasmania proudly boasts on its website that it’s all about “healthy habitats”. As if taking its cue straight from George Orwell’s 1984, it then claims that “Seafish Tasmania is committed to ensuring sustainable fishing for generations to come”. Interestingly, the authorities initially had nine charges levelled again Seafish Tasmania — until six charges were later dropped.

In Australia, recreational anglers who exceed their bag limit face very stiff fines. Bag limits are in place to preserve fish stocks and ensure eco systems remain balanced and healthy. The authorities have even seized boats and fishing equipment from severe offenders.

I tell you what: Seafish Tasmania didn’t merely exceed a recreational fishing bag limit — it practically wrecked an entire eco system! And yet the government is telling the likes of you and I that the Geelong Star is allowed to keep fishing our waters on an industrial scale.

The Geelong Star is a factory-sized freezer that wrenches sea life from the ocean. While the law clearly states that the ship is only allowed to take fish, it soon emerged that its industrial fishing methods killed dolphins and seals.

After two fishing trips, the Geelong Star killed so many dolphins that it was eventually banned from fishing at night. This was done to reduce the likelihood of accidental dolphin deaths. However, the operator soon cried poor to the authorities, claiming it couldn’t make enough money by fishing during the day.

To the dismay of everyone opposed to the Geelong Star trawler, the night ban was overturned. Anglers, activists and politicians opposed to this decision say it will mean more indiscriminate killing of dolphins and seals, with one conservationist claiming at the time that there was no evidence that the Geelong Star’s operations would reduce dolphin deaths.

Then on January 29 this year it was announced that the Geelong Star had caused “a higher than expected level of albatross mortalities” after a recent trip — a nice euphemism, I might add, for killing birds. It was banned from fishing for a couple of days — and was then allowed to keep going after some changes were made to its net.

Am I missing something here? The government goes to enormous lengths to ensure protected species remain protected. Yet an industrial-scale ship that killed dolphins and birds is deemed to be unfortunate ‘by-catch’.

The Geelong Star is actually a joint operation between two companies: Seafish Tasmania, which administers the quotas and licences; and a Dutch company called Parlevliet & van der Plas BV, which owns the ship.

See, the Geelong Star wasn’t always called that. It's had different names, including Nearaberg and Dirk Dirk, before it was rebadged with a more ‘Aussie’ name. Seafish Tasmania did the same thing with the original supertrawler back in 2012 too. Previously called the FV Margiris, the name was changed to Abel Tasman.

So why is Seafish Tasmania so keen to distance itself from its Dutch mates? Could it have something to do with Parlevliet & van der Plas BV’s criminal record?

Parlevliet & van der Plas is one of the world’s largest factory-freezer companies. And if its environmental record is anything to go by, I’d be nervous about its ships frequenting Australian waters.

In 2012, a French court ruled that a Parlevliet & van der Plas subsidiary was guilty of illegal fishing and slammed it with a €595,000 fine. That’s almost $AUD1,000,000, issued after one of its trawlers was busted red-handed with the equivalent of more than $AUD1.8 million of illegally-caught fish stashed in its freezers!

It’s no surprise that Parlevliet & van der Plas are on the Greenpeace blacklist, no mean feat given that Greenpeace reserves blacklisting for the most severe offenders. Greenpeace alleged that the company falsified logbooks after allegedly dumping — no joke — 1.5 million kilos of perfectly edible fish into the ocean, an illegal practice known as “high-grading”. Why? According to Greenpeace it was simply to re-catch fish that were slightly bigger and therefore more profitable. The accusation came from a former crew member-turned-whistleblower but after a 10-month investigation the main charge couldn’t be proven in court.

Where do I even begin? The Geelong Star is a factory-freezer ship and its purpose is to make money for Seafish Tasmania and its Dutch joint-venture partners. Seafish Tasmania’s Dutch mates seem to have no qualms about breaking the law if they think they can get away with it and increase their profits.

Imagine the following scenario: I’m from a private company and I want my industrial-scale freezer trawler to catch vast quantities of fish in Australian waters. You’re the government-appointed body that decides how much I can take from the ocean. Your job is to evaluate all scientific and economic data and come up with a suitable catch quota for me. For me, catching more fish means I make more profit. For the government, getting it wrong means potentially catastrophic damage and depletion to the ecosystem.

The governing body that oversees the science and recommends quotas is the AFMA (Australian Fisheries Management Authority) — and I can't believe what they’ve been accused of.

Basically, the AFMA had appointed a group of advisers, called the RAG (Small Pelagic Fishery Resource Assessment Group). One of the jobs of the SPF RAG experts was to advise the government on the allowable catch that factory trawlers should be allowed to take from the ocean.

Amazingly, it was reported last year that the Chair of the government’s advisory group resigned. Why? Because a Seafish Tasmania director was a member of the same RAG advisory group!

Let me say that again: the government fishing authority appointed an expert panel to advise it on the volume of fish that companies like Seafish Tasmania should be allowed to catch — and the people on that panel, providing that advice to the government, just happened to include a director from Seafish Tasmania!

Not only that, it was also reported that some members on the expert panel “were selling or had sold their own fish quotas” to Seafish Tasmania.

So outraged were some of the members on the expert panel that their chair, Dr Kirsten Davies, resigned. She felt that someone from Seafish Tasmania advising the government on the volume of fish that companies like Seafish Tasmania should be allowed to catch was a potential conflict of interest. Well I never…

So what do you do when the Chair of your own panel of appointed experts leaves because you’ve got a serious problem on your hands? Did the Australian Fisheries Management Authority listen to its committee? Did it concede that it potentially had a conflict of interest on its hands?

Oh yeah, the government decided the problem had to go away… by getting rid of its own advisors.

The government scrapped its own experts

At this point you might forgive me for thinking the government’s fishing authority — the AFMA — has some serious ’splainin to do.

Sure, it’s just bad luck that the Commonwealth Ombudsman previously found the AFMA broke its own rules by violating the Fisheries Act in mismanaging the catch quota for the original supertrawler, the FV Margiris.

What do you do when the Chair of your own government-appointed panel of experts says you have a serious problem (again)?

Just get rid of them. That’ll put an end to the criticism, right?

In July 2015 it was reported that the AFMA was disbanding its own advisory group (the RAG panel mentioned above). One former committee member was quoted as saying that “it seemed to me that AFMA was simply unhappy with the fact that there were dissenting views on that committee”.

First, the experts appointed by the government included someone who represented a company that would stand to make more money if the Geelong Star was allowed to catch more fish.

Then, the government’s own appointed experts told them there was a conflict of interest with this arrangement.

Then, the government disbanded its own advisory group — after a decade of operation.

And then we were told the decision to get rid of these experts wasn’t politically motivated. The fact that the group just happened to be grappling with issues of conflicts of interest was just a pure coincidence.

Yeah right, tell me another one…

And while you're at it

After disbanding its long-serving expert panel, the AFMA instigated a series of meetings to “provide interested stakeholders with the opportunity to consider and discuss advice” from a scientific panel. And what did the scientific body recommend? That the total catch should be increased!

How can you help?

Should the Geelong Star be stopped? Link to this story on Facebook, Twitter, Google+ and anywhere else you think will get more attention. You will create awareness of the problem which will force the powers that be to act.

Here’s what else you can do.