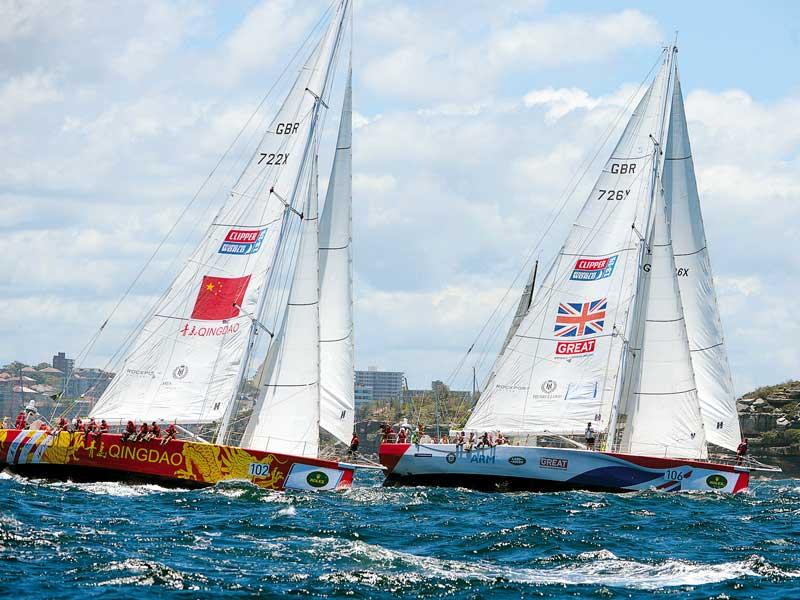 The Clipper Race fleet returns to compete in the Rolex Sydney Hobart Yacht Race (RSHYR) this December, bringing with it a rare opportunity for amateur sailors to participate in this iconic event.

The 14-strong fleet will compete in the offshore classic part of its 40,000 nautical mile circumnavigation, but Clipper Events will also front its two Sydney-based Clipper 68s as additional entrants, with crew spots still available on board.

Race training starts December 16, so you’ll need to be quick, and there’s also the chance to learn a few secrets from legendary British sailor Sir Robin Knox-Johnston, who will also be racing on the 68s.

The main Clipper fleet will arrive in Sydney halfway through its global race series, having departed London on 30 August.

Knox-Johnston said: “There is a real buzz amongst our Clipper Race crew about racing with the world’s best sailors again in one of the most famous offshore races.”

“The event was one of the highlights of the entire circumnavigation when we first competed in 2013, and we are very excited to be coming back to compete again.”

Amongst the local Clipper sailors will be Sydney skipper Wendy Tuck – the first Australian female captain in the history of the Clipper Race – who is leading the Da Nang – Viet Nam entry in what will be her ninth Sydney-Hobart.