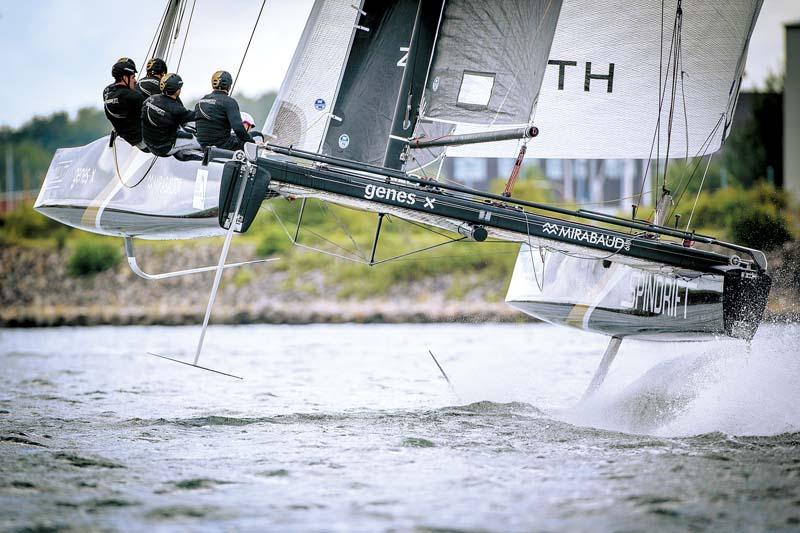 High speed catamarans return to Sydney in December 2015, when the Extreme Sailing Series catamarans duke it out for a spectacular finals race.

Eight teams will blast around a tight racecourse right under the noses of spectators at vantage spots such as Mrs Macquarie’s Chair, having already competed in exotic locations including Oman, Turkey and Russia.

The race series on December 10-13 will also be the final event for the ‘traditional’ 40ft catamarans, before they are replaced next season with a fleet of foiling GC32 catamarans, which will seemingly fly as they lift off the water and hit speeds approaching 40kts.

Thousands of spectators are expected to return to line the Sydney waterfront to watch some of the world’s best sailors, including Aussie star Seve Jarvin and his crew on GAC Pindar.

“You can’t really beat the feeling of racing on home waters,” Jarvin said.

“I’ve sailed here since I was six years old with my family so it’s exciting to come back with such a high profile fleet.”

“December in Sydney is always beautiful conditions for racing and the guys can expect a north east sea breeze and lots of sun – it should be perfect.”

The switch next year to foiling catamarans will also bring see a the Extreme Sailing Series format refreshed, to incorporate Pro-Am racing on short courses, and open water racing where venues permit.