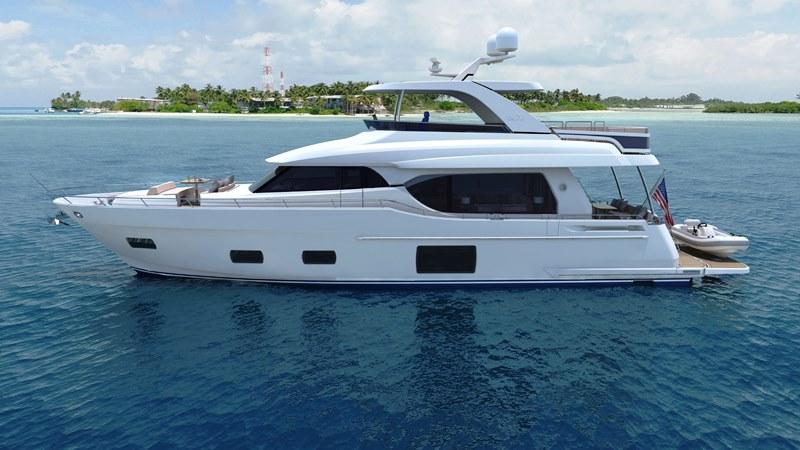 “It’s an evolution in our design, in the engineering, how it’s built, as well as where it’s being built,” Allender said.

“We looked at the entire industry and decided there was a need to build a product uniquely suited for a specific market and to position it so that we’re able to meet rapid supply demands in yachts of this size range.

“We were able to find a facility with incredible technologies to build this boat in a ground-breaking fashion and we’re all very excited for the debut.”

Expected to launch at the 2016 Miami International Yacht and Brokerage Show, the Ocean Alexander 70E will include tender storage on either the fly-bridge or swim-platform.

An open layout will provide unobstructed views from the main deck, plus a four-stateroom design for guest versatility and a massive fly-bridge/exterior living space.