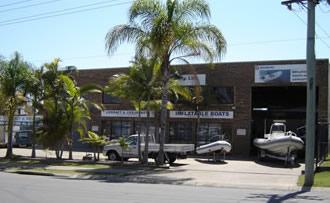 Peter Campbell-Burns established Mariner Safe in the 1970s as an Avon boat dealer, before going on to become the largest Zodiac inflatable dealer in Australia.

The Queensland-based business will now stock the full AB Inflatables range, including the commercial Profile range of RIBs.

“We are pleased as punch to be able to represent AB Inflatables,” Campbell-Burns said.

“AB Inflatable are internationally acclaimed as the premier inflatable and with their position as the dominant brand in the Caribbean and the USA, Marine Safe stand to benefit greatly from representing the company in Australia.”

“We know Marine Safe have a large support base due to the expert and personal way in which they have looked after their clients over many years,” he said.