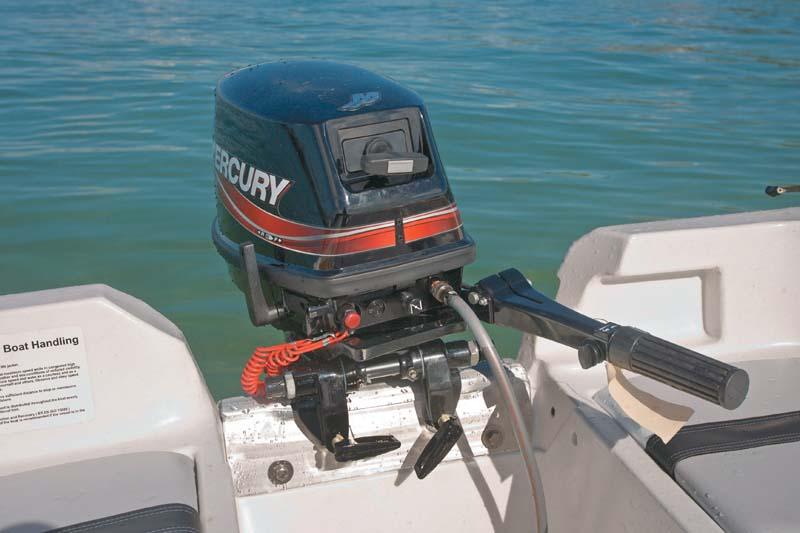 Will Your Favourite Two-Stroke Outboard Be Banned?

New laws would cover imported outboards only; existing two-stroke outboard stocks would not be affected.

Update: 25/6/2015 Mercury Marine director of engine products and marketing, Nicholas Webb, has commented on this story.

OLD TWO-STROKE OUTBOARDS AT AN END?

The government is looking more likely than ever to introduce new regulations governing emissions for non-road engines e.g. outboard motors. In a further sign that changes are imminent, the government has introduced its first Clean Air Champions.

The first Clean Air Champion is Gary Fooks, a founding member of the Australian Marine Engine Council (AMEC) and chairman of the Blue Sky Alliance; he was followed by the Hyundai Motor Company Australia.

The initiative is part of Federal environment minister Greg Hunt’s proposed National Clean Air Agreement. As part of the program, nominated Clean Air Champions will raise awareness of air quality programs by working with government, industry and the public.

According to supporters of the program, emission regulations for outboard motors are inevitable. Boat engine regulations were introduced in the United States in 1998.

Nicholas Webb, Mercury Marine director of engine products and marketing, says the US model is based on a range of different criteria, as well as Averaging, Banking and Trading which permit manufacturers to offset “dirty” two-stroke engines with cleaner technology.

The following changes would be in force under the proposed regulations:

Fooks says he is keenly aware of the need to minimise cost to the marine industry and has helped draft practical, low-cost regulations to present to the government.

He told Trade-a-Boat the role as Clean Air Champion provided an important opportunity to represent the needs of the marine industry to government policymakers.

“For example, we believe that we should follow the low-cost Canadian model, and accept US emissions labels, rather than impose the cost of industry of adding a new, uniquely Australian label,” he said.

“Broadly, we want to adopt the US standard, because that is the de facto world standard and ensures Australians have the widest possible product choices at the lowest price.”

Nicholas Webb says the government’s meeting on emission reduction (scheduled for July 2015) was only likely to confirm options for reducing emissions and a firm decision could be years away — not unrealistic considering the topic has been tossed around by various governments since 2006.

Got a favourite carburettor or EFI two-stroke outboard? How do you think AMEC's proposed new emissions regulations would affect you? Leave a comment below.