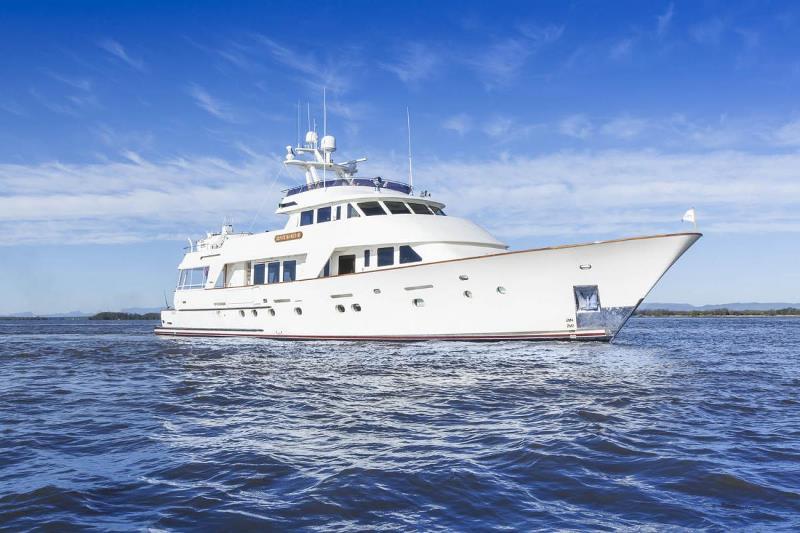 New build estimated at “tens of millions” with construction time for a similar new yacht estimated at almost two years.

Meticulously maintained and received a major refurbishment in 2007.

Silent World II is a 35.58m (120ft) luxury yacht launched in 1991 by American luxury boats builder Christensen Yachts. Currently for sale and on display at the 2015 Sanctuary Cove Boat Show, this luxury yacht has a proven history of charters in the Caribbean, the Bahamas and New England.

Silent World II received an extensive luxury refurbishment in 2007, including a new open aft deck and a flatcreen-style wheelhouse. For the interior, a twin cabin was redesigned so as to allow it to be convertible. All marine carpet, upholstery, blinds and line was also replaced. Throughout her career, this luxury yacht has been meticulously maintained.

“Silent World II is a genuine, world-class superyacht, ideal for long-range cruising and registered for private or commercial use,” said broker, Dean Leigh-Smith. “She has a nearly eight-metre beam, creating huge liveable space throughout the yacht. Onboard there are four guest cabins for up to eight guests and three crew cabins and she comes as a fully-managed vessel – crew, gear and all,” he said.

Other luxury standouts on Silent World II include:

Silent World II will be on display at the 2015 Sanctuary Cove Boat Show.