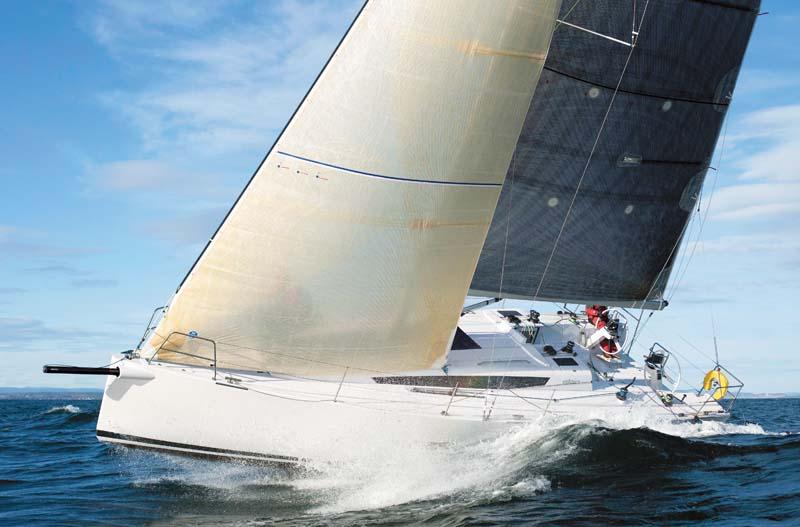 The newly branded Elan E5 sailboat cruiser-racer is now in Australia and will be among the star displays from importer Performance Cruising Yachts at this year’s Sydney International Boat Show, from July 30 to August 3.

Originally launched in January 2013 as the Elan 400, the Elan E5 is regarded by PCY as the “epitome of the modern performance cruiser”, courtesy of hull chines, T-keel, twin rudders and efficient keel-stepped rig.

Late last year the respected Slovenian yacht marque rebadged its five-model cruiser-racer series, starting with 21-foot E1 up to the 44ft6in E6 flagship. At the 39ft4in the mid-sized E5 is regarded as ideally placed to be competitive in the popular 40-foot IRC cruiser-racer category.

PCY boss Matt Hayes test sailed the Elan E5 in Slovenia and tells us he was impressed with its sailability and comfort. “The quality of the workmanship was exceptional,” Hayes says. “The great features of the Elan range include chined hulls, twin rudders, vacuum infused hull and decks – ensuring that the yachts are very strong, light and exude powerful performance.”

Like the rest of the E range, the Elan E5 was penned by the UK’s Rob Humphreys Yacht Design in collaboration with Elan’s in-house design team. Deck features include retractable bowsprit, six winches and an integrated GRP toerail, while opting for twin rudders allows the 3.87m beam to be carried aft to the transom for greater directional control and stability as well as a large working cockpit.

The Elan E5 has a German mainsheet system and Harken deck gear on a race-orientated deck layout designed to have all to hand at the twin helms. The yacht also has designated liferaft storage in the cockpit sole.

Among performance options are tapered Selden rig or full carbon spars, and upgraded Harken deck gear. There’s a retractable carbon bowsprit for the asymmetric or a spinnaker pole for short windward/leewards.

Below decks is a cruising yacht setting with folding table, starboard dinette and navigation station portside. Elan said the interior redesign includes rounded light-coloured joinery, a lower companionway, plus a choice of interior finishes and soft furnishings. Accommodation options include a two- or three-cabin layout with one or two heads.