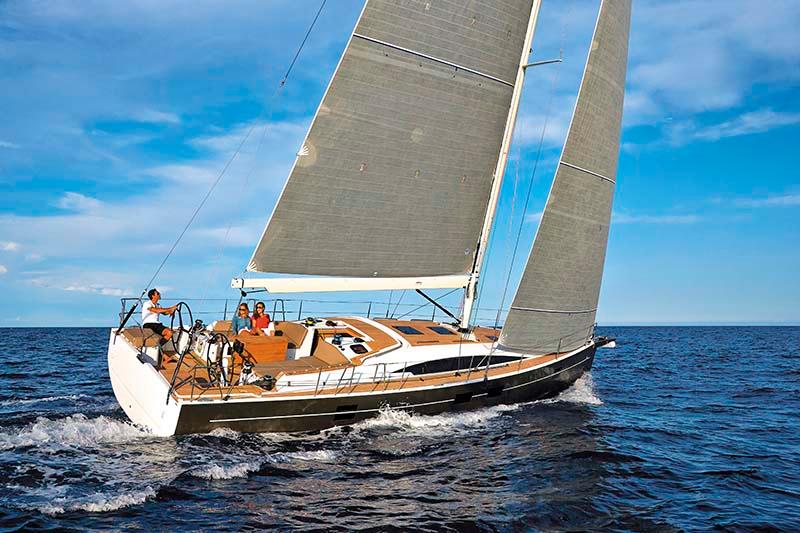 The flagship Azuree 46 will formally enter the local market at the 2015 Sydney International Boat Show.

Sirena manufactures its Azuree and Euphoria sailboats and some Azimut powerboat models at Orhangazi, Bursa, some 200km by road south of Istanbul, the yard occupying a 155,000m² facility.

Sirena branched out in 2009 to create its own performance yacht brand the Azuree cruiser-racer marque now comprising four boats headed by the new 46-footer, and the three-boat Euphoria blue-water cruiser range from 54 to 84 feet.

Penned by Rob Humphreys (read Elan and Oyster in the design firm’s portfolio), the three-cabin two-head Azuree 46 is a twin-rudder open-style yacht that derives input from the designer’s work in Open 60, Volvo 70 and Class 40 arenas.

“We needed to focus not just on performance per se, but on performance versus handicapping, under both IRC and ORC rules,” said the Humphreys Yacht Design press blurb. “We wanted to design a boat that could thrill in its sailing qualities but also have a chance of delivering some silverware, and with the Azuree 46 we believe we have a boat with well-rounded capability.”

Azuree sailboats are represented in Australia by Melbourne’s Docklands-based Premier Yachting and in Sydney by All Boat Brokerage.