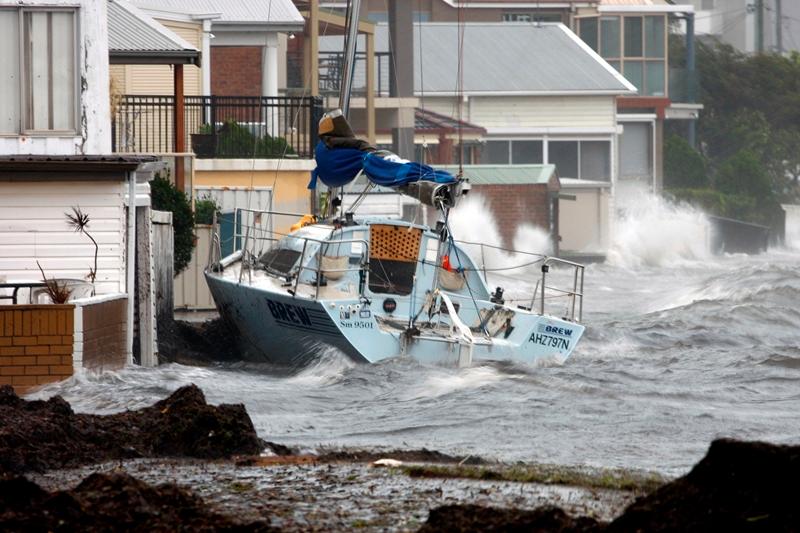 Already, those hardest hit have been reimbursed for their losses with six total-loss claims, totalling $320,000, resolved within the week.

As the NSW storm bore down on the coastal regions north of Sydney in the early hours of April 21, Club Marine was swift to respond by putting into action an Event Response Plan and mobilising its Catastrophe Response Team, led by national claims technical manager Phil Johnson.

Coordinated by Johnson, five specialist marine assessors, together with several salvage operators, were on the ground in the worst-hit areas at Gosford, Lake Macquarie, and Port Stephens.

At the same time at Club Marine’s headquarters in Melbourne, claims staff immediately prioritised claims lodged from the affected regions. In some cases, members weren’t even aware that their boats were damaged or at risk prior, to receiving a call from the claims team.

“As the assessors phoned in the details of members’ damaged boats, our claims lodgement team contacted the owners to inform them of their boat’s condition and to get the claims process underway,” said Johnson.

“Our members are usually surprised when we phone them while the situation is still unfolding. People don’t generally expect their insurance to make the first call, and our members are pleased we’re being proactive and have specialists on site to take appropriate action.”

While the weather may have eased, Club Marine advises all boat owners to check their mooring and berthing lines as a priority, as these may have sustained damage during the storm and could break unexpectedly.