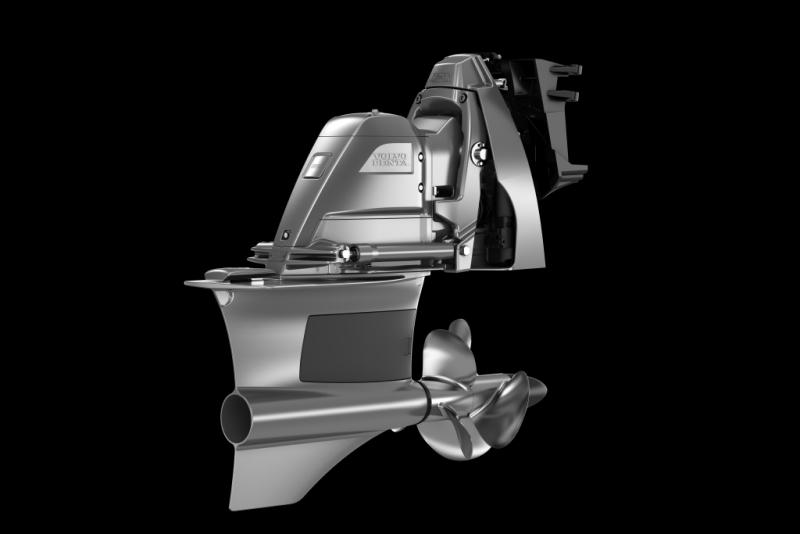 . Volvo Penta has added to the buzz with the release of the new Volvo Forward Drive.

Here’s how Volvo describes Forward Drive: “The Volvo Penta FWD begins with forward-facing dual counter-rotating props with an adjustable-trim drive. This patented and innovative design pulls the boat through the water rather than pushing, with an undisturbed water flow to the propellers. This clean and efficient propulsion system delivers superior responsiveness, acceleration, fuel economy and versatility, allowing for an array of activities behind the boat, including wakesurfing and wakeboarding.”

Volvo Penta is essentially throwing down the gauntlet to the long-established Mercury Bravo line. A key feature is the fact that forward-situated counter-rotating propellers should allow for very fine-tuned trim, obviously a sought after quality with wakeboats.

As Volvo puts it: “Drivers will be able to customize the wake for different ability levels and feel the difference in tighter high-speed turns, as well as more responsive slow-speed maneuvering and docking. Additionally, the forward-facing DuoProp, with counter-rotating propellers, offers a unique and industry-first symmetrical wakeboarding wake and equally shaped wakesurfing wave on your side of choice.”

Other stated advantages are said to include a reduction in noise and vibration; improved venting of exhaust fumes; and (presumably) fewer hassles with fishing line and hazards to swimmer, due to the propellers’ forward-facing location.

Volvo also says that Forward Drive will share common components with other engines, although it’s not clear how many.

Watch this space. Expect a local release in early 2015.