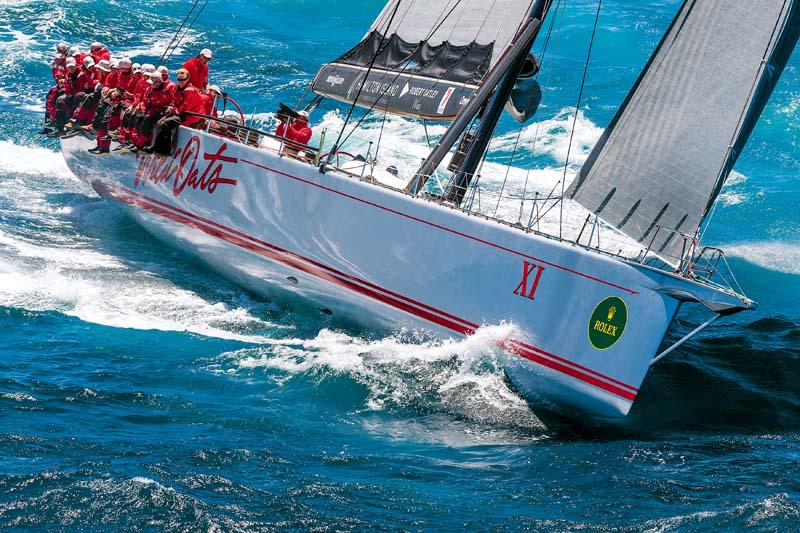 Record win for Wild Oats XI at Sydney to Hobart

Wild Rose was the first of the Wild Oats yachts built for avid sailor Oatley, with current owner Roger Hickman taking over in 1991 and soon tasting success, winning the 49th Sydney Hobart in 1993 on the slippery 43-footer.

Oatley’s historic run of success in the gruelling 628nm race continued in 2014 however, with his seemingly unbeatable Wild Oats XI romping to a record-breaking eighth line honours win, ahead of Jim Clarke’s brand-new Comanche.

Wild Oats XI was eight hours shy of her own 2012 race record, but still held off Comanche by 49 minutes, to finish in 2 days 2 hours 3 minutes and 26 seconds.

Oatley looked on as his 100ft maxi eclipsed the record for line honour wins set by Morna/Kurrewa IV between 1946 and 1960.

For winning skipper Mark Richards it was a moment to savour.

“It was one of those challenges you dream about,” said Richards.

“It was a hard race, the competition the toughest we’ve had; the newest, latest technology versus our boat which is 10 years-old.

“We always thought Comanche would be quicker, so we tried to minimise the losses, constantly working out how we could attack this thing and working an angle to our advantage.

“We would never have dreamt about an eighth Rolex Sydney Hobart win 10 years ago,” he said.

Following the retirement of Perpetual Loyal on the first evening, the battle for line honours became a two-horse race. When Comanche arrived in Hobart, the third boat on the water, Rio 100 (USA), was still 100nm behind.