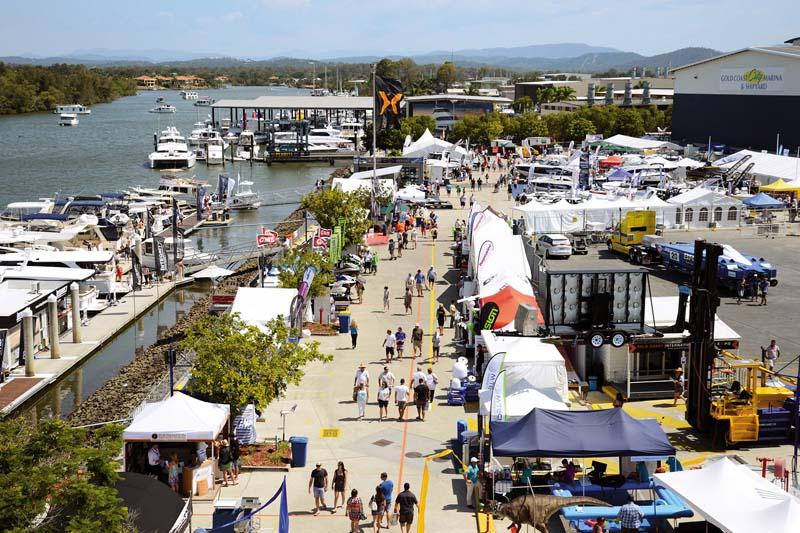 It was announced in December that the traditional pre-summer Expo will be moved to align with the dates of the Sanctuary Cove show, as well as Riviera’s Festival of Boating.

However, the surprise move will likely cause many exhibitors to choose between the shows and the proposal has been described by some as a “hijack”, while others see the combined event as an “exciting opportunity”.

Expo organisers believe the move to a May show heralds a “new era of strategic cooperation” but this view is not reflected up the road at SCIBS headquarters where the decision is seen as an attempt to cash-in on the Sanctuary Cove show’s long-established profile.

Johan Hasser, SCIBS general manager, said the new dates for the GCIME were presented at short notice in late November and he maintained there would be no collaboration between the two events.

“Logistically, there is no way possible for 40,000 loyal visitors from SCIBS to be transported, by land or water, to the GCIME, but we do understand why event organisers would want to leverage off the success of SCIBS,” said Hasser.

“What is disappointing is that the GCIME’s decision will force both exhibitors and visitors to choose which event they will go to for reasons of both time and money,” he said.

This opinion is reflected by Integrity Motor Yachts general manager Brettt Flanagan, whose showroom is based at Sanctuary Cove, but who has exhibited at both shows previously.

“These punters who come to the shows save up to make a day of it and bring their kids,” said Flanagan. “Now they’ll have to pay twice over the same weekend, so they’ll have to choose one show or the other.”

Flanagan said the timing of the pre-summer GCIME had been beneficial for business and he considered the move to combine the show dates showed little consideration for the marine industry, many of whom were still doing it tough.

“I think it stinks. I think it’s an ego-driven push and it’s going to hurt the industry immensely,” he said. “We’re not out of the GFC yet. Those blokes need to open the doors of their offices and realise everyone’s doing it hard still.”

Elandra managing director Luke Durman is another who appreciated the timing of GCIME’s former schedule.

“It was fantastic to have another show coming into summer and that’s what we loved about the Expo,” Durman said.

“But I can’t agree with the decision to hold it at the same time as SCIBS.

“It seems like a bit of an ambush and I think it’s opportunistic to endeavour to hijack their show,” he said.

But plenty of businesses are onboard with the new dates for GCIME, including Gold Coast City Marina, Riviera, Quintrex, Clipper Motor Yachts and Stefan Boating World.

“We genuinely believe we can work with all parties to build the greatest boating festival in Australia, one that will draw people from all over the world and one that will have obvious flow-on effects for our industry and every area of the economy,” said Gay. He added that SCIBS has been invited to join the combined-show concept and the door is open for organisers Mulpha to come on board.

HAVE YOUR SAY: What do you think? What effect will this announcement have on the show visiting public? Will you be visiting both boat shows? Just one boat show? Or will you be switching?