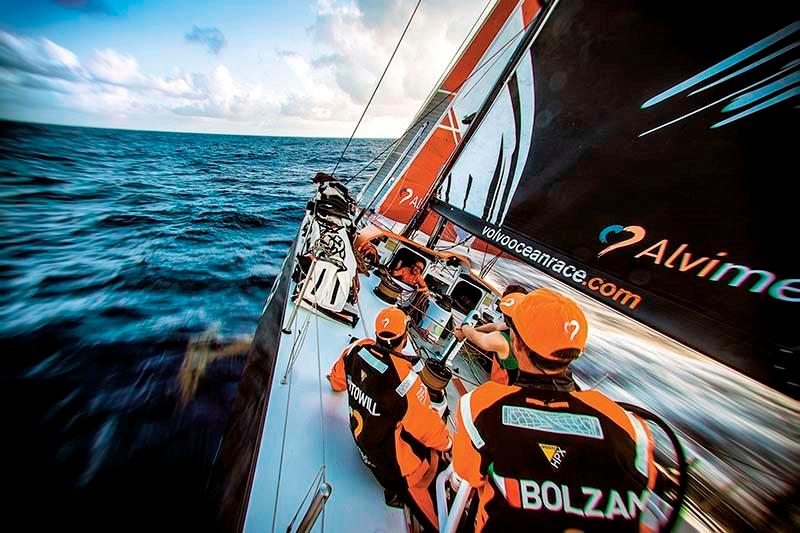 The Volvo Ocean sailboat race set sail again and this year’s 38,739nm circumnavigation could prove to be one of the closest yet as the seven teams compete in identical boats for the first time.

As it stands, the three leading boats were still in sight of each other as they headed for Cape Town, the one-design Volvo Ocean 65 yachts  creating unseen-before close quarters racing, albeit hundreds of miles off the coast.

Abu Dhabi Ocean Racing’s onboard reporter Matt Knighton said the leading crews had already learned to accept close racing at the head of the fleet.

“One might think that after 19 days of racing and being a long way from land we’re surprised to see another boat so close. To be honest, we’re not,” he said.

“The shock of how close this one-design racing is has worn off. After the earlier battle down the African coast, it’s not surprising to see one or even two sails keeping pace with you for a very, very long time.”

As the Volvo Ocean sailboat race progresses, the yachts will leave Cape Town and the first Southern Ocean ice gate and then push on towards stop number two – Abu Dhabi.

From here they go to Sanya in southern China, before heading south-east toward Auckland.