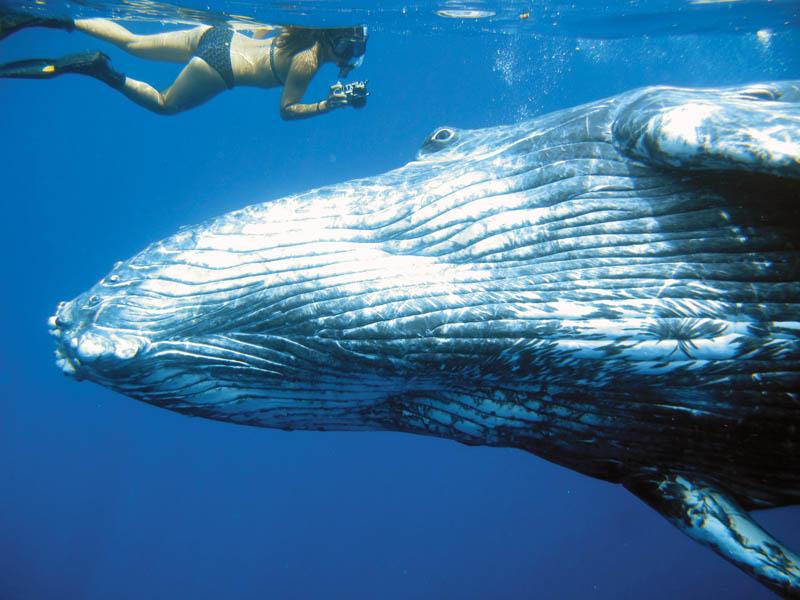 Under 21? Apply for a solo around the world yacht adventure

Yachting adventure of a lifetime

Are there any young sailors (under 21) out there who would like to sail solo yacht round the world? Perhaps they would like to follow in the footsteps of Dove and Robyn Lee Graham, Tania Aebi or Brian Caldwell, or even Joshua Slocum? Maybe they’re not into solo-sailing around the world and would rather follow someone like Alby Mangels and take their mate along? Then again, if they are that young they probably do not even know who these people are.

Five years ago, I decided to support a very young Jessica Watson to help accomplish her dream of being a solo sailor around the world. I got the ball rolling by first supplying a boat. Pretty simple really and the rest is history. It was an adventure of massive proportions, solo and non-stop, around the great capes, in a little Sparkman & Stephens 34. That courageous voyage and the enthusiasm and passion of her followers from around the world will possibly never be repeated.

YACHT AROUND THE WORLD

A very young Jessica Watson in 2009 sailing the S&S 34 that would become Pink Lady for the very first time.

Recently I started considering how best to celebrate my 60th birthday next year. Not big on parties, I thought: “Hmmm…  Wouldn’t it be great to send one or two young people off on a cruising adventure to circumnavigate the world?”

Over the past 25 years I have supported in one way or another most of the solo sailors that have set out from Australia, all following dreams or chasing records. They came to me for advice, sponsorship or logistical support, which on most occasions I was happy to give, even if only in a small way. This time it is different. Now I am looking for any young sailor or sailors who are prepared to give their all and face life on the ocean waves, circumnavigating this blue-green planet and in the process becoming ambassadors for adventure and the environment. Is that you, or someone you know?

If I find the right person or team who I believe have what it takes, I will provide a yacht from the pages of Trade-a-Boat or tradeboats.com.au and all the equipment to get them around the world, on a carbon-neutral expedition.

The solo voyage should take between 18 to 24 months and could change their life and inspire others. The boat will be between 8.5 and 10.5m, and about 4.5 to 6 tonnes displacement. The sailing crew will prepare and refit the boat with all the new equipment themselves. They will bring their own personal kit and find their food along the way. They will leave from Sydney in late April 2015, voyage via Darwin and the Indian Ocean to Cape Town, the Atlantic Ocean to the Caribbean and then through Panama and across the Pacific Ocean, back to a grand welcome in Sydney.

I will officially launch my hunt for the youth circumnavigators at a lunch in Sydney on October 10 at the Royal Prince Alfred Yacht Club and make my choice (if anyone capable is up for it?) by the end of December at the latest. Applications close at the end of November.

So, will anyone apply? If they do, will they or will they not be good enough? Let’s wait and see, but I hope so. It would be the best 60th birthday present in the world for me to be waving off one or two young Australians on their adventure of a lifetime next year!

If you are interested, applications will be open to any individual or two-person team, who are at least 17 and not older than 21 years of age, on April 30, 2015.

Find more information here on this amazing round the world sailing adventure.

The applicants will need to prove to me they can do it, have passion for life, the environment, our oceans and sharing this adventure. Details have been posted on mcintyreadventure.com.

If no individual or team is found to be suitably qualified – in the exclusive opinion of Don McIntyre – then the voyage will not take place. I have my fingers and toes crossed!

Obviously you can never tell a book by its cover. So too you should never assume that “little boat” has just been out for the afternoon! I remember an occasion back in 1977 at the start of my first three-year voyage into the Pacific aboard my 8.5m Skye. I was admiring a cute “little” timber, 23ft daysailer in Eden, NSW only to be told by a local fisherman that the couple who owned it had just returned from a three-year circumnavigation!

Tonga is a long way from Australia and NZ, with plenty of angry ocean in between. Once the decision is made to cross the paddock, it is usually preceded by a few deep breaths as you cast off. It is not necessarily for the fainthearted.

Any well planned, prepared and executed voyage, by a sensible skipper, holds the expectation of a bit of adventure and ultimate success. Nonetheless there is often a perception by “others”, (not necessarily in the know), as to what is the right boat for such a voyage.

I met quite a few of the “others” in 2010 when I sailed a 23ft whaleboat, loaded to just 40cm of freeboard, some 4000 miles from Tonga to Kupang, West Timor. I was following in the wake of William Bligh after the infamous mutiny on the HMS Bounty.

That trip was two years in the planning, another year of preparation and 48 days of execution. It was the most fun adventure I have ever had and there have been a few! Presently, I seem to be stuck on ICE in Nuku’alofa, the capital of Tonga, as we battle logistical issues associated with our wreck-hunting adventure.

This is the unglamorous side of treasure hunting most never think about, usually instead reminding me how glamorous my life is. We are also dodging what is really quite average weather. It must be better than a Kiwi winter though, as boats are arriving from there every day now.

Talisker Bounty Boat about to set off on a 4000nm voyage from Tonga to Kupang, West Timor, in April 2010. Many people thought I was crazy too, but it was one of my more fun adventures.

When a big 9.8m Kevlacat turned up with just the captain aboard, I assumed it must have been a new local whale-swim boat. I was sort of right (it will be) but I swallowed deep and smiled when I learned he was waiting to clear customs and immigration. He was another Kiwi refugee escaping the chilly NZ winter and had just arrived from there. Blue Sky has big windows and plenty of them. There is a huge open cockpit and is not your usual ocean passagemaker. The skipper Charles Care was wearing a big grin that day and so would I, having completed that trip in that boat. As we chatted about his adventure I came to realise the grin is a constant for him. He’s just a happy chap, enthusiastic about life and getting on with it. He was on a high after his voyage and why not! His enthusiasm was infectious and I could see a kindred spirit.

“A few people back home thought I would not make it,” he said with that grin, “but there is no way I was going to be shark food!”

Just a few years ago, Charles was working in Tonga’s gamefishing and whale-swim industry but needed a change. He returned to NZ and bought a restaurant, but then the wife left, so he sold up, bought a boat and here he is.

Under NZ legislation, all boats exiting the country must have a Maritime Safety Authority (MSA) Cat 1 safety certificate. Any powerboat under 40ft cannot be issued with one, as MSA obviously believe they are not fit for such a voyage.

Charles instead registered the boat in Tonga and was exempt and so began preparations. He had the offer of crew but liked the simplicity of steaming alone, so he did.

Big windows, a big cockpit and the New Zealand Maritime Safety Authority was not enough to stop "Crazy" Charles setting out on an epic solo voyage from NZ to Tonga. He arrived with just 80lt of remaining fuel.

On board, there's twin 250lt fuel tanks running two 330hp Iveco engines, the extra 1800lt of fuel needed was carried on deck in drums and transferred with a hand pump. Things did not look good in the early part of the voyage, as the extra weight of the fuel and stern-down trim caused a dramatic increase in fuel consumption.

For the next 10 days he plugged along at around 7kts, with a dodgy autopilot and broken toilet. Charles did the refuelling, slept on the floor, cooked on a camp stove and carried on in less than ideal weather, but no big storms.

He missed the worst of the weather, experiencing 20 to 30kts and 2 to 3m seas most of the way, occasionally higher. He even caught his own dorado for dinner and managed a Minerva Reefs stopover!

“I tied up here in Tonga with 80lt left in the tanks,” Charles said with the same enduring grin, “More than enough!”

He had travelled in the company of two other boats, both doing it in style by comparison. Terry Robinson from Whakatane in NZ owns them both. With five crew he skippered Morning Glory, a fine Hatteras 65 imported from the USA. For them it was fine dining, good music, catching sailfish and yellowfin tuna along the way. A short stopover for all three boats at Minerva Reefs provided the crays and Morning Glory is now available for charter in Tonga. The other, Cascade was Carey-built in 1995 and skippered by Mike Boswell and a crew of four. This boat is a veteran of the Tongan winter fishing and whale-swim season, returning every year after a busy NZ summer doing the same (see cascadecharters.co.nz).

I first met Mike on Cascade two years before in Vava’u. One of my then crew, Amit, had jumped ship to sail back to NZ at the end of the season, so it was fun to catch up.

And what did the teams on Cascade and Morning Glory think of Charles? “Crazy guy!” was the consensus, but in my opinion, good on all of them for being around for each other on the way across the paddock.

The Venimex anti-mosquito suction pump. The results astounded me.

Mosquitos are not my best friends, having nearly been killed by one. You may not realise that they live for more than five months and their screaming sound is a result of wings flapping at between 300 and 600 times a second. They can travel up to 100 miles and will detect your CO2 breath from about 23m away, allowing them to zero in for the bite, even in the dark!

Only females mosquitos bite and they're actually the deadliest animal on earth, killing around 750,000 people a year, closely followed by humans who manage to kill around 475,000 people a year.

Boats, paradise and mosquitos do not mix well but are often mixed together.

Now there is an amazingly effective little sucker, to help battle the aftereffects of their bite. The Venimex is a powerful little manual suction pump used on the site of a bite, any bite, from anything for that matter.

The results astounded me. No swelling, no itch, no lump, so simple. Annette my German crewmate pulled it out one day and now I want one!