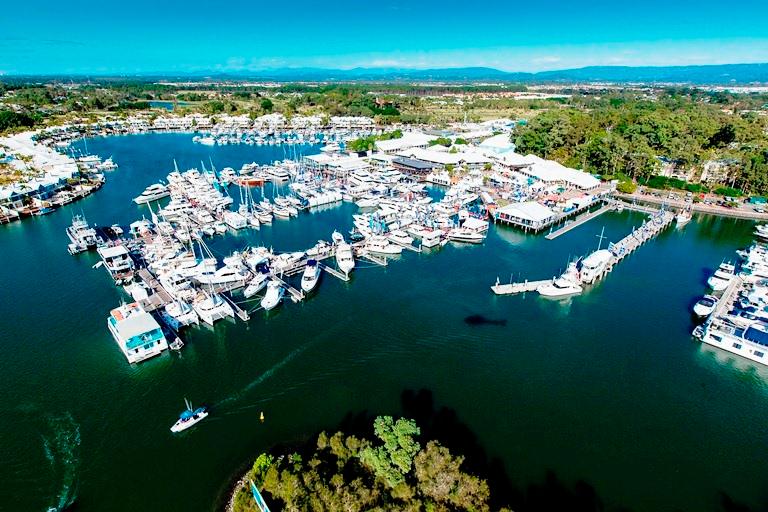 More than 250 companies will exhibit a dazzling array of boats of every shape and description, as well as an extensive range of marine gear and equipment.

Hasser said leading brands such as Maritimo, Horizon Motor Yachts, Riviera and Clipper Motor Yachts were also among the big-name brands to sign up.

“SCIBS is not only a major event on the international marine industry calendar but is also a key economic driver for the Gold Coast and Queensland.

“Last year the show injected almost $150 million directly into the city,” he said.

“SCIBS is a focal point for the industry, puts boating enthusiasts in touch with what is new and exciting and gives the general public a great day out at the world-class venue that is Sanctuary Cove.”

In other SCIBS news, the team has expanded its exclusive VIP Lounge concept following its successful debut in 2013. This year’s VIP pass entitlements include exclusive entry to the comfort of the SCIBS VIP Lounge, VIP parking, food and beverages provided by the InterContinental Sanctuary Cove Resort and plenty of luxury extras courtesy of Mulpha and SCIBS partners.

SCIBS tickets are on sale now through the SCIBS website and through Ticketmaster.

Those making their ticket purchase online prior to May 21 automatically go in the draw to win $5000 to spend at the show.