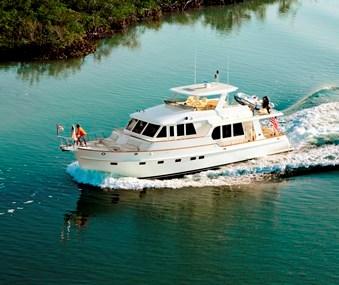 Grand Banks says it has appointed Gold Coast-based Great Southern Marine as a dealer to represent the renowned international boat brand in Australia.

“I am excited by the opportunity to build on the achievements of Hank Compton and his team. Grand Banks is an iconic brand that we will work to make even stronger,” said Holzapfel.

Compton has relocated to Singapore and is responsible for all dealer sales efforts outside of North America including Asia, Europe and the Middle East.

Grand Banks said Holzapfel is a boat enthusiast and a Gold Coast native. He has more than 10 years of marine industry experience and was a founding partner (and is a current director) of Sovereign BBQs and Grills Australia. He was also a founding partner in Ultra Marine Products, a supplier of predominantly European marine equipment, including the Ultra Anchors range. Products from both companies have been used on Grand Banks yachts for years.