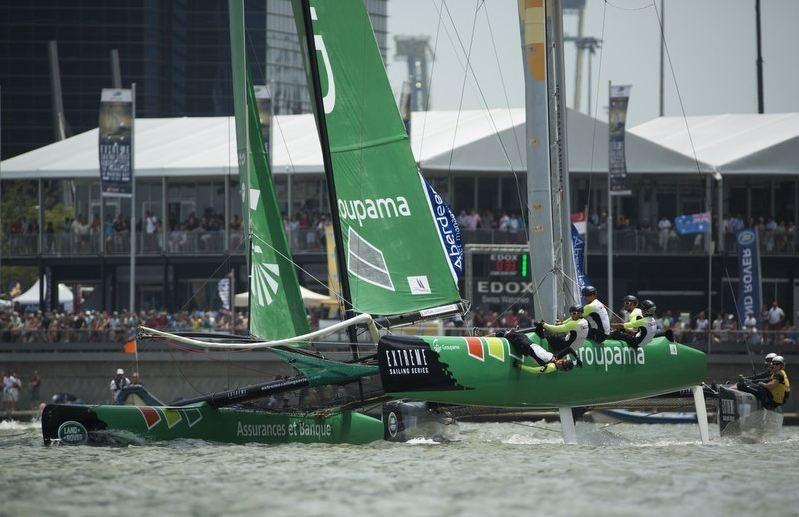 NSW Roads and Maritime Services has announced that Sydney will host the final leg of the Extreme Sailing series, from December 14 to 16 this year.

“This is expected to bring a lot of attention to Sydney and not just within the marine community,” Acting Director Maritime Michael Wright said.

“Extreme sailing is a relatively new spectator sport which shows off the latest technology in boat design, resulting in exceptionally fast sailing boats which can operate safely close to spectator vantage points.

“The sport has only been around a few years and the series has not previously been held in the southern hemisphere.

“The yachts used in this form of racing are similar in many ways to the multihull catamarans used in the 2013 America’s Cup on San Francisco Bay last year,” Wright said.

He said Roads and Maritime Services had worked cooperatively with government agencies including Destination NSW and representatives of the boating and waterfront community on the event.

“There will be more stakeholder engagement ahead of us to work out how best to balance our hosting role with the needs of the community,” Wright said.

Roads and Maritime is also offering its support to Team Australia’s bid to become the first team to win the America’s Cup in more than 30 years.

“Team Australia is carrying out a combined training program on Sydney Harbour with last year’s winners, Oracle Team USA, until the end of June. Roads and Maritime has provided both vessels with a mooring space at the front of Woolwich Dock,” Wright said.

“These vessels use the latest technology which delivers high speeds through wind power alone.

“People will be impressed to see how big they are – more than 20 metres long with a wingsail height higher than a six storey building.”

Roads and Maritime said it understands both vessels are likely to take part in the Extreme Sailing event in December.

“Extreme Sailing and other similar proposals have the potential to become significant annual events on the Sydney sailing calendar, showcasing Sydney and building on its reputation as a prime sailing and tourism venue,” Wright said.

The series started in Singapore on February 20 and will head to the Middle East, China, Russia, Wales, Turkey and the Mediterranean ahead of arriving in Sydney.