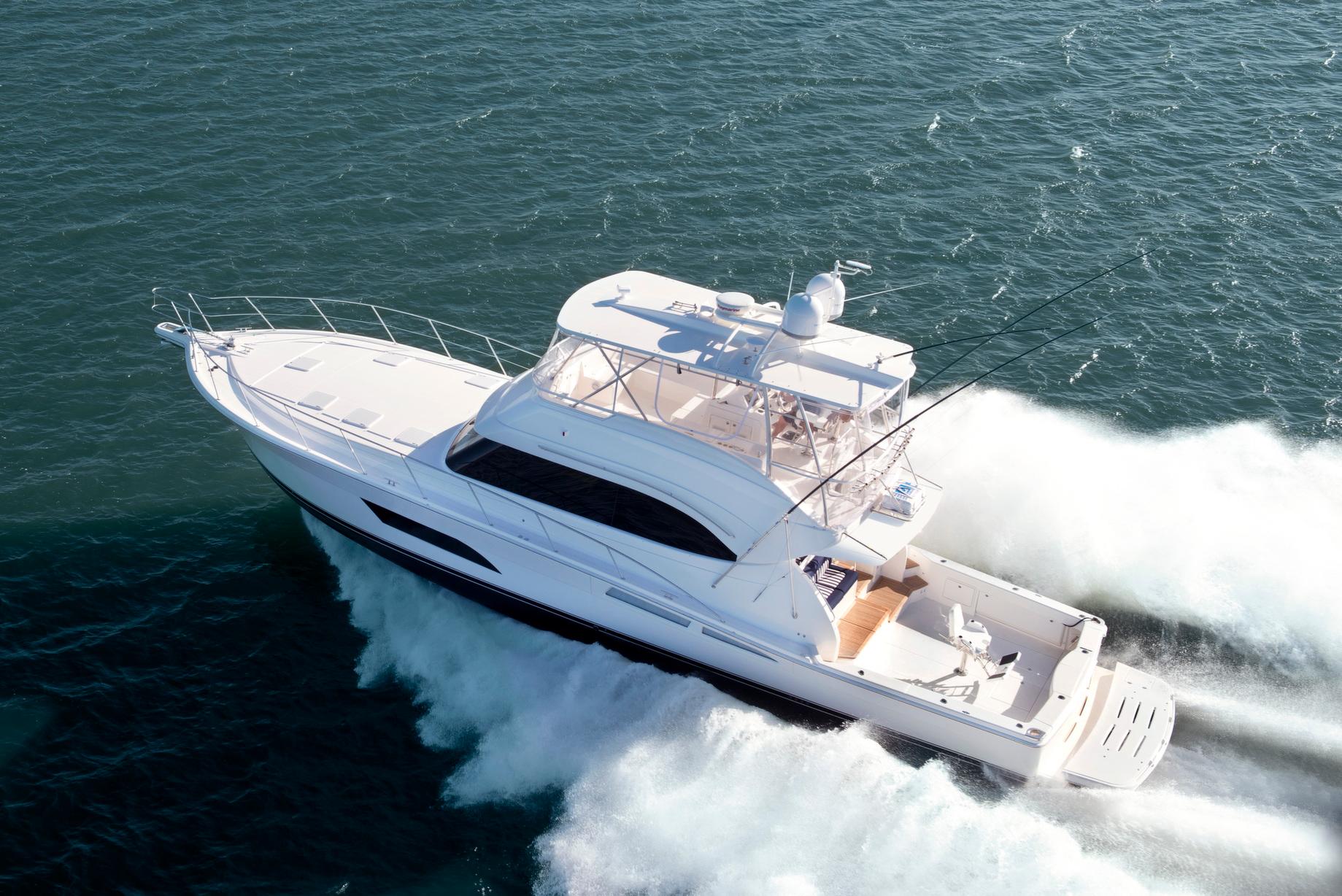 Riviera has exported its first 63 Open Flybridge bound for a Middle East boat show premiere, to be held at the 2014 Dubai International Marine Club Mina Seyahi from March 4 to 8, 2014.

Francesco Pitea from Riviera’s Dubai dealership, SF Yachts, was recently in Australia for the 63’s first sea trial ahead of her Middle East Boat Show tour.

Riviera says that for the first time in Riviera’s 34-year history, a new boat will tour all the major countries of the Middle East including Oman, Qatar, Bahrain, and Kuwait before her Middle East premiere at Dubai’s biggest marine event.

Following the sea trial, Francesco said the new 63 was an amazing vessel that exceeded all expectations.

“Riviera has designed a special interior for our client who has selected a combination of contrasting timbers being wenge and American oak, as well as a range of custom options, including a totally concealed lower helm station and increasing the capacity of the air-conditioning to accommodate the extreme climate of the Middle East, which can reach 49 degrees in summer,” he said.

“The 63’s well thought out design gives the owner the versatility to enjoy offshore fishing as well as entertaining in luxury. This boat will be located in the Seychelles, an island spanning an archipelago off the east coast of Southeast Africa, during the boating season and the owner looks forward to fishing along the coast from Muscat to Salalah where you will find some of the biggest marlin in the world.”

The 63 is a shaft drive configuration featuring twin 1622hp Caterpillar C32 Accert diesel engines with a fuel capacity of 5600lt (1492 gallons) and a cruise speed of 34kts, making this a high performance offshore vessel. This model also features a Seakeeper gyro stabiliser and the Twin Disc EJS Joystick docking system.

“We look forward to showcasing this luxurious new Riviera at the Dubai International Marine Club Mina Seyahi where SF Yachts will have a premium display location with 23 metres of display space.”

“The 63 is a luxurious and highly capable long-range offshore cruiser with many popular design cues taken from our fleet’s prestigious flagship, the Riviera 75,” Goldring said.

“This sleek and stunning model will certainly impress the large power boat aficionado and will be equally impressive chasing marlin off the coast of south east Africa in the Arabian Sea and we look forward to her world premiere in Dubai in March.”