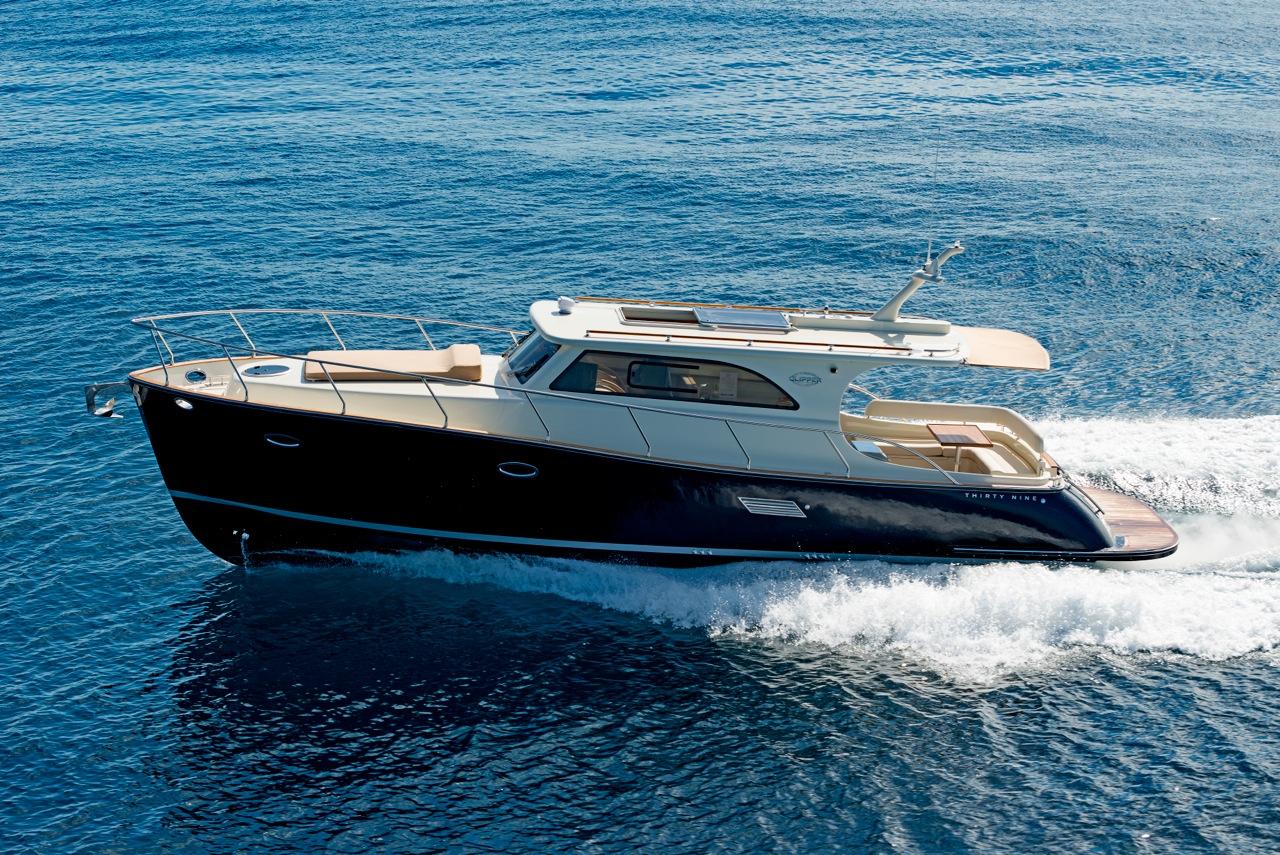 After launching its new Hudson Bay lobster-style sedan cruisers at the Gold Coast Marine Expo in November 2013, Clipper Motor Yachts says it is pleased to announce the expansion of its range with a new 32ft model.

A Clipper media released described it as follows: “Designed and tooled from scratch as a new design, the 32 will have the same styling DNA as the 39 – a sleek and stylish sedan with flared hull and tumblehome transom in the Newport, Rhode Island tradition.”

Clipper’s managing director, Brett Thurley, initially began the design process with a design that he and Mark Campion of Clipper collaborated on. 9.95m long with a 3.3m beam, the 32 is said to achieve what Clipper called “the perfect balance of modern and classic themes” with traditional “lobster boat” lines.

The new craft uses the same teak swim platform and overhead rain shower in the cockpit as its sibling 34 and 39 models. Its cockpit and saloon are presented on the same level. Entering through the transom door, the selfdraining cockpit is equipped with L-shaped seating and table, extendable awning, BBQ area and stainless steel sliding door that transitions into the enclosed saloon.

“These superbly styled vessels are crafted for the buyer who wants something with a little more class and individuality over the production sports cruiser,” said Thurley.

An L-shaped dinette with Aniegre table will flow into the aft galley with Corian bench top, stainless steel sink, 42L fridge/freezer and microwave. Overhead, an optional glass-paneled sunroof will allow the natural light to illuminate the saloon and galley level.

Accommodation for four people is across a double master cabin and double   convertible dinette - serving as an ideal family layout.

Power will come from a 240HP Yanmar diesel shaftdrive engine. Clipper says the hull design allows for cruising speeds on the plane above 14kts and sprint speed approaching 20kts, with a 600lt fuel tank capacity and 3000W inverter/ battery charger.

The first hull is completed with the deck and internal fitout having commenced. This model is priced at $299,000 with the first boat due for her world premiere at Sanctuary Cove boat show in May, 2014.