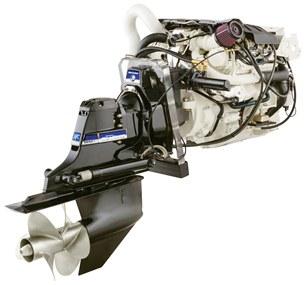 Mercury Marine has announced that its new V6 and V8 TDi diesel engines will be available in Australia and New Zealand by the end of October.

According to Mercury, the TDi engines “clearly show their Volkswagen heritage by providing a diesel driving experience which is superior to any other”. The engines are said to be lightweight, quiet and fuel efficient, and according to Mercury they are exceptionally reliable and are suitable for both sterndrive and inboard applications.

The new DTS technology also allows for a cruise control interface when coupled with new Vessel View 4 or Vessel View 7 screens. With DTS as a base, the Axius joystick control system is also available for the V6 and V8 models in twin installations.

The TDi 3.0 litre V6 weighs 423kg for a Bravo 3 sterndrive package and is said to deliver peak torque at 2000rpm. This is in part due to its variable geometry turbo (VGT), which means less time to plane and improved acceleration.

The new TDi 4.2 litre V8 has dual VGTs and weighs 496kg with a Bravo 3 sterndrive package while offering even more horsepower.

The Mercury diesel range is rounded by QSD engines with high-pressure common-rail fuel-injection systems and performance-boosting turbo technology. These diesel engines come in 2.0, 2.8 and 4.2lt variants and range from 115 to 350hp.