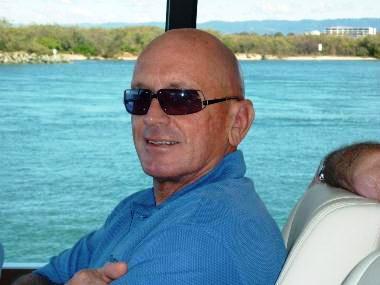 The Queensland boating industry is mourning the loss of boating identity Phil Frazer, who last week lost his battle with cancer.

The Maritimo production manager had recently been named Maritimo employee of the decade at a special company event hosted by founder Bill Barry-Cotter at Sanctuary Cove early in September. Frazer had worked with Barry-Cotter since Maritimo began 10 years ago, and had previously worked beside him at Riviera.

Maritimo sales and marketing manager Greg Haines said the “hands-on boating fanatic” would be sadly missed at Maritimo and by all those who knew or worked with him.

“Phil and Bill had a unique relationship and he had a special ability to get down on paper and formalize a lot of the conceptualization that Bill would talk about,” he said.

“Phil came to Maritimo at the start and worked on the design and production of the M60 cruising motoryacht which was born from some sketches on a paper napkin at a lunch. “That napkin was later framed and given to Bill as a memento.”

Haines said Frazer was an extremely efficient production manager and was renowned for his rapid prototype development and the speed at which he could progress things through the factory. He is survived by his partner Deb, four children and four grandchildren.