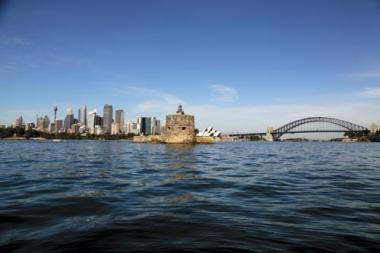 NSW Maritime announced last week that work has commenced on what it says are eight environmentally friendly public moorings in Sydney Harbour at Manly West and Quarantine Beach.

“Roads and Maritime Services will provide five new seagrass friendly courtesy moorings in Manly West and three at Quarantine Beach to provide recreational boaters with room to moor their vessel while they stop for lunch or a swim,” a Roads and Maritime spokesperson said.
“Work will involve securing mooring bases to the seabed in a way which minimises damage to marine vegetation.

“Anchoring in these areas is not advised as the chain can move and cut the seagrass. Boat propellers can also have the same effect if a vessel moves in shallow water above seagrass colonies.

“It is an offence under the Fisheries Management Act 1994 to harm declared species of marine vegetation and the project is being carried out with the Department of Primary Industries NSW National Parks and Wildlife Services, the Boating Industry Association, the Boat Owner’s Association and Sydney Harbour user groups.

“Skippers will need to travel at a safe speed and keep a safe distance from work crews during installation.

“Work is expected to be completed by the end of the week, weather permitting,” the spokesperson said.