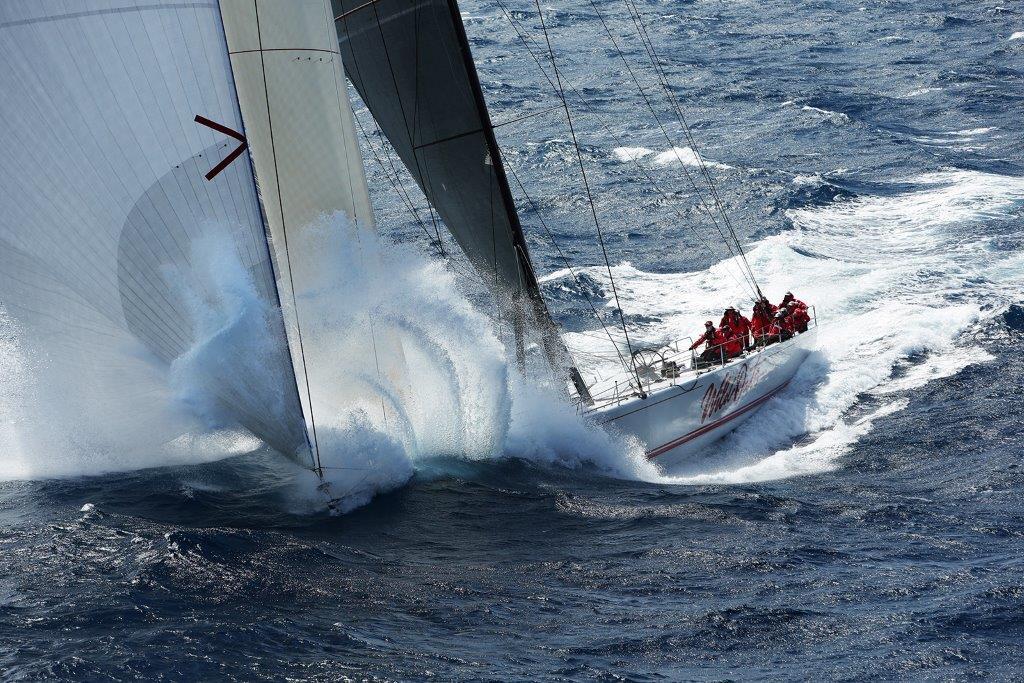 , has been fitted with a radical, retractable, hydrofoil-type wing in a bid, says her team, to make her even faster when sailing downwind.

The wing, licensed by Dynamic Stability Systems in England, will be put to the test for the first time under racing conditions at Audi Hamilton Island Race Week, starting this weekend (August 17).

Wild Oats XI, the six-time winner of line honours in the Rolex Sydney Hobart race, will be subjected to an extensive analysis program when using the wing during the week. It will be an important part of her preparation for this year’s Hobart classic.

Foil stability specialists, Dynamic Stability Systems, is a collaboration partner in the project. The company will benefit from an exchange of data with the Wild Oats XI team who designed and fitted their own foil system.

The foil concept for Wild Oats XI evolved after months of research into finding a way to improve the yacht’s ability to surf when sailing downwind in strong winds.

“We considered many options while looking for a solution to the problem,” said Wild Oats XI’s co-owner, Bob Oatley’s son, Sandy. “After weeks of deliberation the hydrofoil wing became the logical answer.”

This has led to the fitting of a retractable aerofoil-shaped wing into a horizontal cassette that extends across the yacht at the waterline, between the mast and keel. The foil is extended and retracted using hydraulic motors.

“The purpose of the wing is to provide hydrofoil-type lift to the forward sections of the yacht so drag is reduced and speed increased,” Oatley said. “Its intended use is only for downwind sailing. On upwind legs it will be fully retracted and not project beyond the hull.”

It was while Wild Oats XI was sailing downwind across Bass Strait in last year’s Rolex Sydney Hobart race – while heading to her record-breaking line honours victory – that it became apparent there was an opportunity for improvement. Senior members of the crew agreed that if a way could be found to increase lift in her forward sections then her average speed – which was at the time in excess of 20 knots – could only go higher.

The new carbon fibre wing, which was made in New Zealand, is 55cm wide, and when in use will extend 2.75 metres out from the hull on the leeward side.

It was tested for the first time during trials off Sydney a week ago, and the consensus was that it improved the yacht’s performance.

“There was a noticeable lift in the bow when we were reaching and running,” said Wild Oats XI’s skipper, Mark Richards. “At this early stage it’s safe to say it makes a difference. We are certainly looking forward to putting the concept through a complete series of tests at Audi Hamilton Island Race Week.”

The fitting of the wing is the latest in a string of modifications aimed at keeping the eight-year-old Wild Oats XI competitive against more recent designs. This recent change has led to Richards and his crew affectionately referring to the yacht as “the Swiss Army Knife”, because of the number of appendages she now boasts: the new hydrofoil wing, a retractable forward rudder, two retractable daggerboards, the canting keel, and the conventional rudder at the stern.