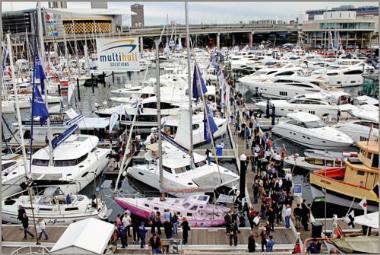 The 2013 Sydney International Boat Show will this year mark its 25th and final exhibition at the Sydney Convention and Exhibition Centre, the Darling Harbour venue that has hosted the event since 1989.

The site will undergo a massive redevelopment from 2014 until 2016, with the show scheduled to return to the site in 2017.

The organisers say the indoors component of the event will be held at a specially built interim facility at Glebe Island, known as the Sydney Exhibition Centre. It will be accessible by road or ferry and will be located under the Anzac Bridge.

The custom-built floating marina on Cockle Bay will remain for on-water displays.

The organisers say more than 300 exhibitors are exhibiting at this year’s Sydney International Boat Show.