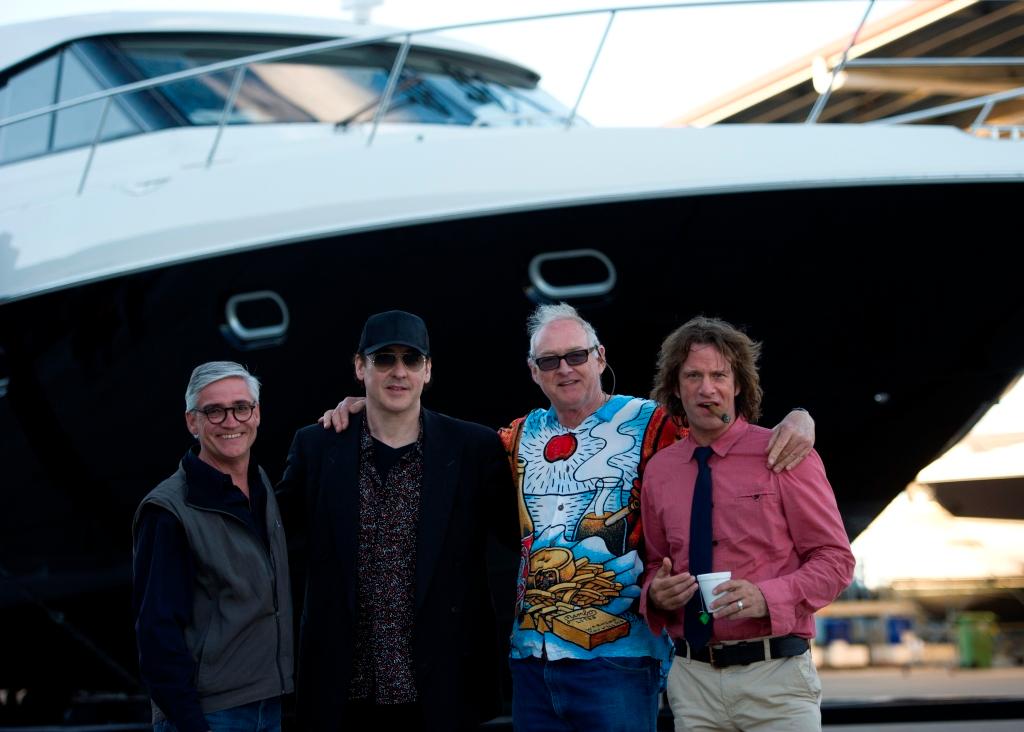 Hollywood film stars John Cusack and Thomas Jane recently were on site at the Riviera manufacturing facility to film an action-packed sequence for an upcoming Hollywood film, Hard Drive, due for release in 2014.

Directed by Brian Trenchard-Smith, Hard Drive is a film about an American thief (Cusack) who arrives in Brisbane looking for a getaway driver.  He hires ex-Formula One driver turned driving school instructor (Jane), who puts his Formula One driving skills to the test in a thrilling car chase around notable Gold Coast icons including the Q1, Surfers Paradise and Riviera in a bid to outrun the police and the mob.

Filmed on Riviera’s 14-hectare Coomera factory, the car saw Cussack and Jane weaving around (and under) multi-million dollar luxury boats, narrowly missing the massive propellers, zooming through the factory floor, passing boats under construction — and all with police in hot pursuit.

Riviera’s director of brand and communications Stephen Milne said it was an honour to have the large film crew on site.

“Riviera has previously starred in Australia’s top rating talent show, the X Factor, and has also been seen ferrying The Great Gatsby stars Leonardo DiCaprio and Tobey Maguire around Sydney Harbour, so we feel extremely privileged to have the opportunity to star in our first Hollywood film,” Milne said.

“It was an exhilarating experience to see the director, actors, stunt men, and film crew of some 50 people in action right here at Riviera for an entire day.