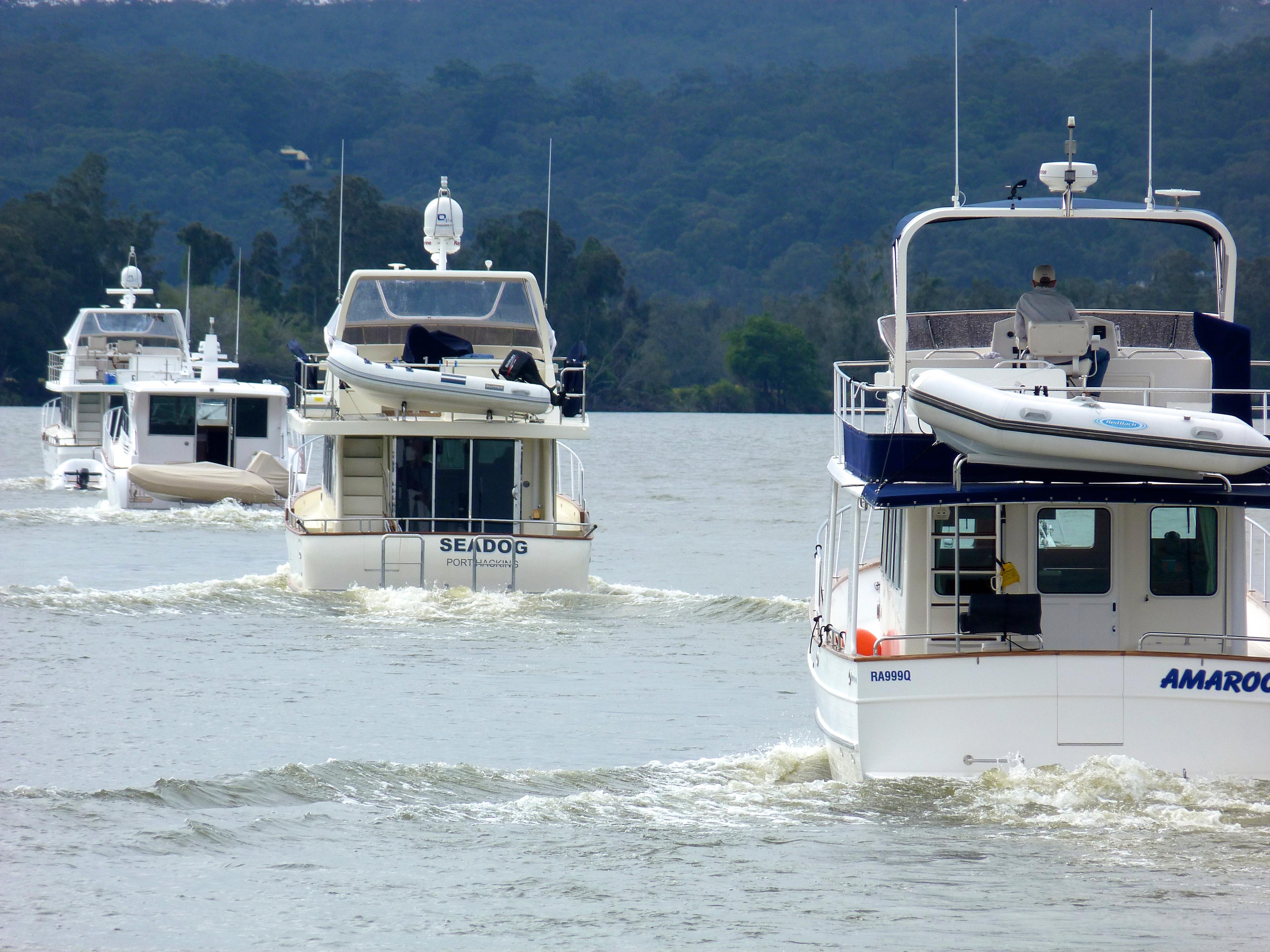 The inaugural trip to the Northern Rivers region of NSW found Clipper owners cruising one of Australia’s largest waterways, the Clarence River. The 100nm journey from the Gold Coast seaway to the bar crossing at Yamba took the eight-boat fleet the better part of 11 hours to cruise, although they did stop to watch the numerous pods of whales that played in their path.

Suitably known as the “River of Adventure”, the crew covered the anchorages of Yamba, Maclean, Ulmarra, Brushgrove and Iluka over six days. Public pontoons were strategically installed along the way to allow access to the many waterfront villages and towns, where the Clipper crew enjoyed exploring local museums, art galleries, cafés, pubs, antique stores and boutiques.

A great cruising experience was had by all, with the next Clarence River Regatta already scheduled for April 2014.