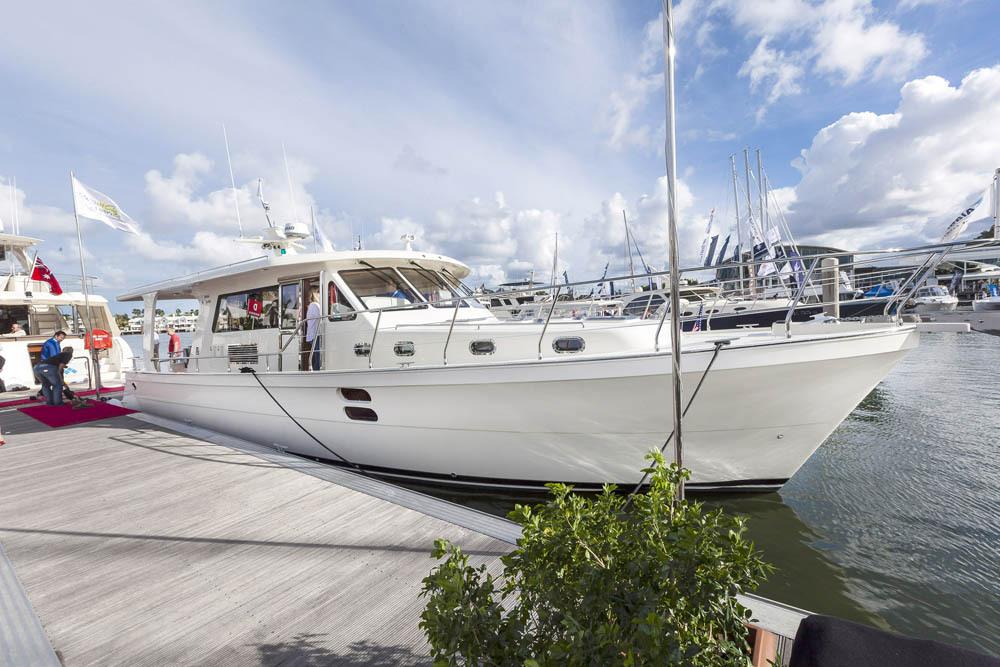 In case you haven’t heard (in which case you may have been living under a rock for the last quarter or so of a century), the boating extravaganza known as the 2013 Sanctuary Cove International Boat Show (SCIBS 2013) opens its gates in less than two weeks.

Now in its 25th year, the Queensland event will see 300-odd local and international exhibitors (including 70 first-timers, according to the organisers) show off an incredible selection of product and services. They’ll range from superyachts and luxury cruisers to kayaks and PWCs to engines and electronics to marine services — and everything else in between.

SCIBS 2013 will have no shortage of product launches, both local and international. Among them are the Horizon Motor Yachts P110 Tri-Deck — previously tested by Trade-A-Boat and the largest vessel on display; Maritimo’s M50 Cruising Motor Yacht; Sea Ray’s 540 Sundancer; the 780D Dutch Sloop; the Hampton 700 Skylounge, Alaska Motor Yachts Endurance 720, and many, many more. The launches will take place among the more than 120 vessels displayed on the water.

SCIBS 2013 is sponsored by Club Marine, Maserati Brisbane and Bentley Brisbane. The event runs from Thursday, May 23 to Sunday, May 26, 2013, throughout The Marine Village and Marina at Sanctuary Cove Resort. Gates open every day from 9am to 5pm. Visit