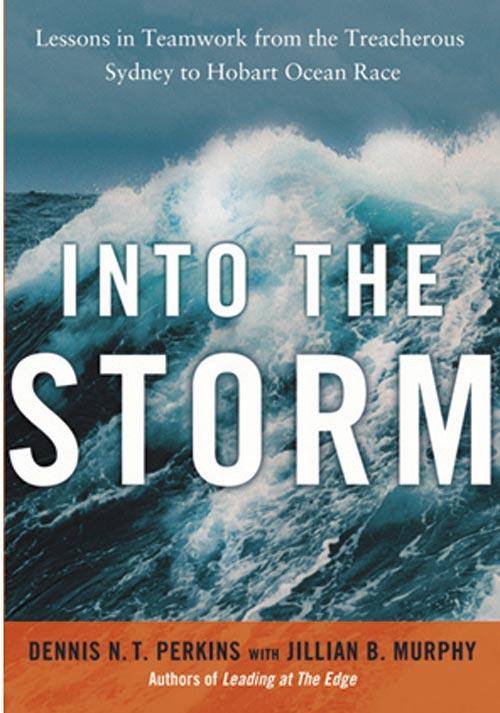 ...OR HOW ABOUT INTO THE STORM

The Sydney Hobart is a test of skill and endurance under the best conditions, attracting professional athletes, amateurs and wealthy yachtsman from all over the globe.

Among the challenges is crossing Bass Strait, a 130-mile stretch of treacherous shallow water, where in 1998 the race turned from daunting to deadly. Described as a weather bomb, the storm produced hurricane-force winds, torrential rain, and monstrous 80-foot waves. Five yachts sank and six sailors perished. It was Australia’s largest ever search-and-rescue mission, ultimately saving the lives of 55 sailors.

Few celebrated that year’s overall race winner, the tiny 35-foot AFR Midnight Rambler. The hardcover book Into the Storm, authored by Dennis Perkins with Jillian Murphy, chronicles the yacht’s ordeal through the harrowing weather, taking on the maxi yacht Sayonara in the process. Perkins notes the hallmarks of extraordinary teamwork that gave the Ramblers their edge on succeeding at the edge of human endurance.