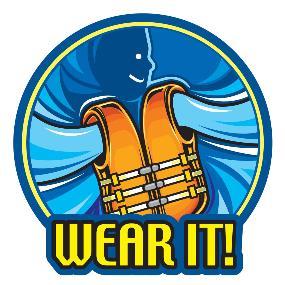 NSW Minister for Roads and Ports, Duncan Gay recently launched a water-safety campaign to counter the loss of life on the State’s coastline and waterways that has seen 10 people die on the water since mid-winter.

Gay said a 10-year report into Boating Incidents shows 167 people lost their lives in the 10 years to June 2012.

“It’s disturbing that 93 per cent of people who died on NSW waterways weren’t wearing a lifejacket, especially given the most common types of recreational vessel fatal incidents involved vessels capsizing and people falling overboard,” he said.

At the time of the announcement, the Minister said the new campaign intended to get everyone to wear a lifejacket, and carried the message: “A lifejacket never ruined a day on the water.”

As an incentive Gay said boating safety officers would carry out random safety checks of recreational vessels and would be giving away tickets to the One Day Series matches at the SCG, as well NSW SpeedBlitz Blues cricket matches, to everyone onboard if they are all wearing lifejackets.

“It’s no good just having them stored away on your boat where they are useless in an emergency,” said Gay. “Make sure they are in good condition and the right type for your activity.”

Last year, the NSW Government introduced changes to the Marine Safety (General) Regulation introduced in 2010 for wearing a lifejacket.

The main changes to the regulations include:

• Removing the exemption from wearing a lifejacket that previously applied to surf skis, which now come under the requirements for canoes and kayaks

• Requiring people on vessels less than 4.8m to wear lifejackets at all times between sunset and sunrise

• Clarifying that inflatable lifejackets that have been purchased or acquired new less than 12 months ago are considered to be appropriate, regardless of when they were manufactured

• Increases safety requirements for divers with improvements to the display of dive flags, including that the flags must be in good condition and may be displayed on a nearby buoy

Included in the new changes, the law now requires lifejackets to be worn:

• By all occupants of a vessel less than 4.8m between sunset and sunrise, when boating alone or when being used to transport goods/people more than 200m from shore

• By anyone being towed, including waterskiing, wakeboarding or parasailing and those being towed on tubes, sea biscuits or similar towable devices

• By a person kitesurfing alone more than 400m from shore

• When in an off-the-beach sailboat in open waters

• In certain situations of heightened risk including, but not limited to bad weather and crossing bars

• By anyone at any time when directed by the skipper