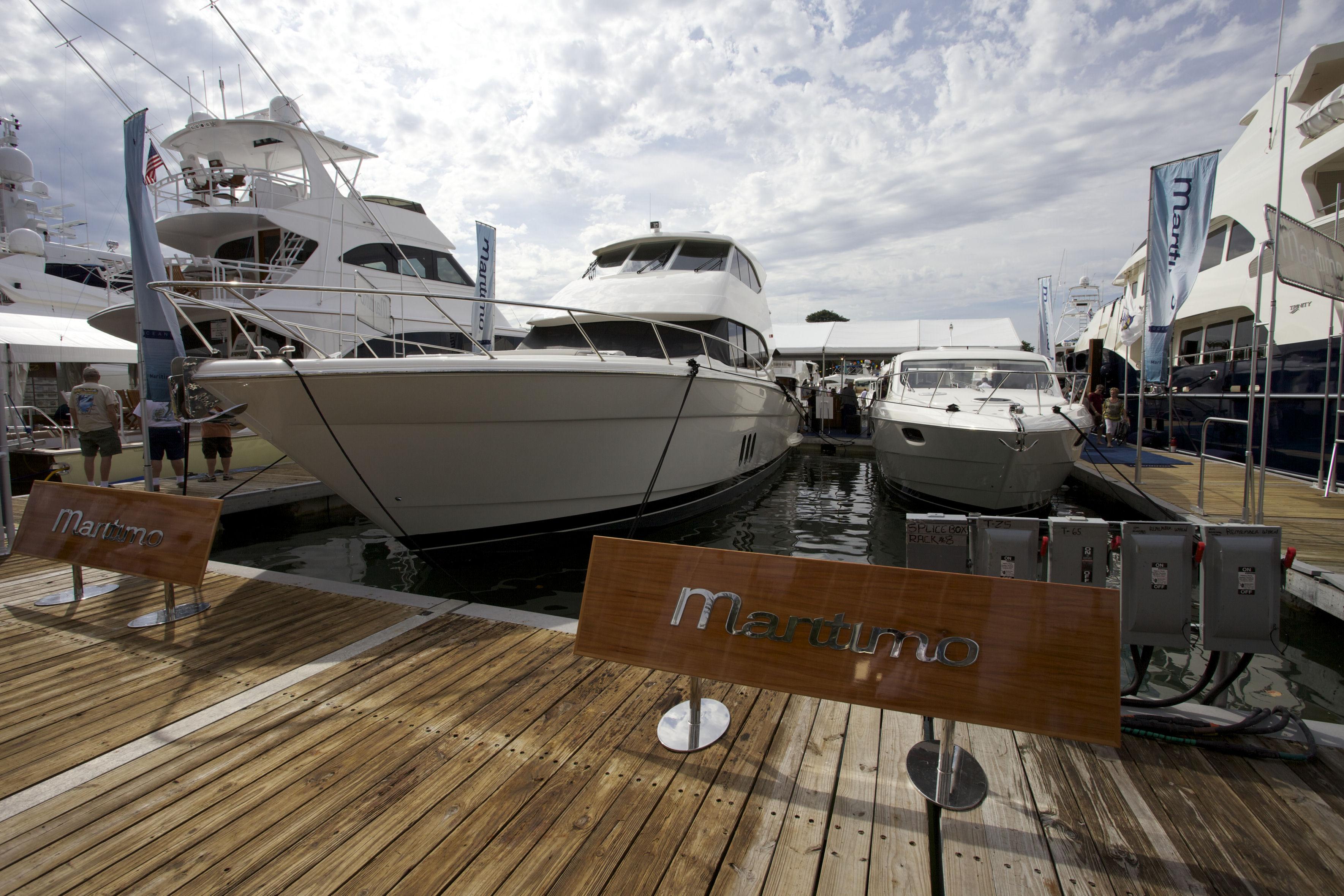 The stand-out, according to Maritimo’s sales and marketing manager Greg Haines, was the recently released M50 Flybridge Motor Yacht.

“The M50 just blew them away with a lot of people saying they could not believe that so much could be incorporated into a 50 foot vessel,” said Haines.

“And in the fuel conscious world that now exists internationally the low shaft-angle and conventional shaftdrives providing greater efficiency was also a big drawcard.

“Our research has shown that with Maritimo’s weight distribution, shaft-angle and propeller design we are getting better efficiencies than our pod-driven counterparts and the Americans like that saving

Haines said there was a crowd of people on the boat at all times during the opening hours of the show.

Maritimo’s award winning M58 Flybridge Motor Yacht is also said to have attracted the crowds, with two of the $2m vessels contracted by the end of the show. The M58 was first launched into the USA market at the Fort Lauderdale International Boat Show last year.

Maritimo said sales at the Miami show were particularly significant for the company, what with this being the first one attended by the boatbuilder.

Haines said the atmosphere at the Miami show was very optimistic with Maritimo USA President Dave Northrop saying it was one of the best-attended shows since the global economic downturn. “This is great news as we start off our 10th year,” said Haines.

“Our result is an indication of the cautious optimism that is starting to emerge generally and while we are not at pre-GFC levels by a long stretch there is room to be upbeat,” said Northrop.

“And the pleasing thing is that our dealers are still negotiating with and following-up leads that were generated at Miami and I feel confident that some of those will turn to sales further boosting our totals.

“We sold a good cross- section of vessels in our range, but the M50 and the M58 were the crowd stealers,” he said.

He said production at Maritimo’s Coomera factory headquarters would now be stepped up to deliver the boats sold and to also prepare for the upcoming Sanctuary Cove International Boat Show.

“We have a full work book so that is good for the Gold Coast economy and also good for jobs,” he added. “10 years on from the launch of Maritimo we have some of our best designed and finished vessels ever and the world market is responding to them which is great.”

The Sanctuary Cove International Boat Show kicks off on the Gold Coast on May 23, 2013.