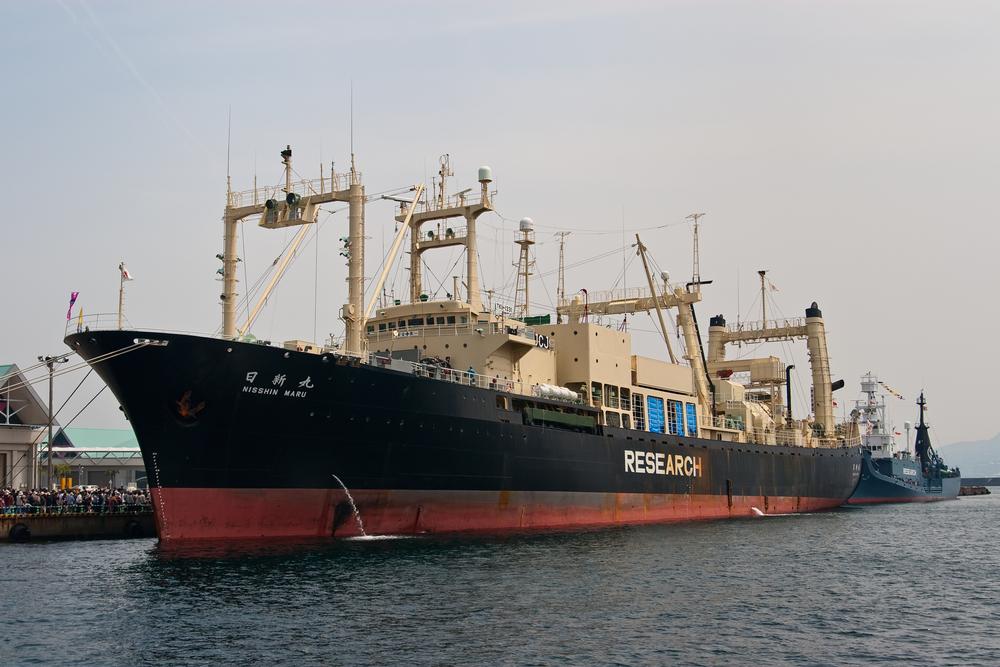 By now the Sea Shepherd fleet will be deep in Antarctic waters on its annual summer sojourn. Its mission, as we know, is to harass the Japanese whaling fleet, and justifiably draw attention to the needless slaughter of those animals. The organisation says its actions are geared in such a way as to make it uneconomic for the Japanese whaling companies to continue to operate their vessels.

To some extent they have been successful, with rumours emerging of scaled-back operations by the whalers this year. However, I am sceptical. Now I am no economist but I would imagine the high price of whale meat on the auction floor at Tsukiji is directly tied to the scarcity of the resource. My experience in Japan also tells me that the higher the price a delicacy fetches the more kudos there is attached to obtaining it, pushing up the demand and returning the operation to profitability.

Honestly, I have no issues with Sea Shepherd’s reasons for taking action, especially given the media attention focussed on this carnage. It’s the type of action I have issues with. You would have to have been living in Siberia not to have been aware of the sinking of the Ady Gil in 2010 — and let’s face it the section of ocean these opponents are playing in can hardly be taken lightly.

The Antarctic is one of the last relatively unspoilt environments on Earth. Not only is it still fairly pure but we are also led to believe that as an ecosystem it can sustain the least amount of interference before it tips out of balance. Those vessels recklessly chasing each other down there do not run on solar panels. They have dirty, stinking fuel oil onboard, and lots of it. A serious collision is a very real possibility given the close quarters they have historically engaged in.

Such an incident could spill thousands of litres of black muck into that pristine ecosystem. Not the end of the world I agree, and a drop in the bucket compared to the Gulf of Mexico disaster, but far from ideal from people claiming to be saving the planet. Not to mention the very real chance of lost lives.

To be fair my real issue is with the precedent Sea Shepherd is setting. Organisations like this get huge quantities of press coverage, which is after all their goal. We see strong images of committed people carrying out aggressive and confrontational acts in the name of a good cause. Surely this can only lead to the general acceptance of such behaviour and the eventual escalation of these acts on the frontlines of protest throughout the world.

Interestingly, a US appeals court has ordered anti-whaling activists to keep 450m away from Japanese whaling ships off Antarctica after the whalers sued Sea Shepherd last year. The first judge refused to grant the request but the whalers appealed and a three-judge panel ordered Sea Shepherd not to attack or approach any of the Japanese vessels until it can rule on the merits of the appeal.

No doubt we’ll hear all about how the drama plays out in the coming months. I welcome your comments.

NOTE: The views expressed here are not necessarily those of the Trade-a-Boat magazine publisher or Bauer Media Group.