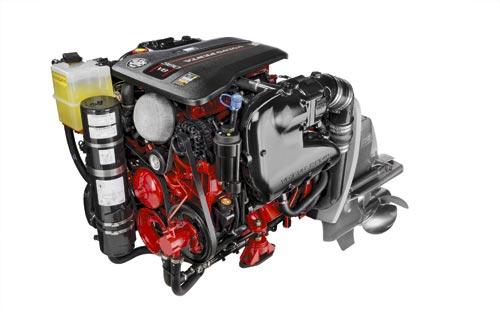 The manufacturer says the new-generation 380hp V8 engine is “loaded” with new technology and performance. It meets Tier 3 emission requirements with a new catalytic converter and weighs-in around 100kg less than any other in its class for a competitive power/weight ratio, Volvo Penta added.

The V8-380 is also equipped with VVT (Variable Valve Timing) technology, which optimises torque at low RPMs while maximising the power output at high revs “resulting in faster acceleration, increased top speed and smoother response in the mid-range”.

“The V8-380 has a protected exhaust system made of aluminium to lower the weight, and the exhaust flow has been optimised to achieve the highest possible levels of performance,” states the company press release.