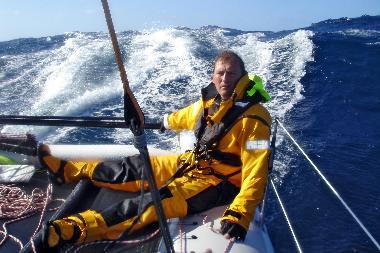 Last month, the NSW Government introduced changes to the Marine Safety (General) Regulation introduced in 2010 for wearing a lifejacket.

Perhaps the most controversial of these is one which states that the lifejacket use is compulsory by anyone at any time when directed by the skipper.

The main changes to the regulations include:

• Removing the exemption from wearing a lifejacket that previously applied to surf skis, which now come under the requirements for canoes and kayaks.

• Requiring people on vessels less than 4.8m to wear lifejackets at all times between sunset and sunrise.

• Clarifying that inflatable lifejackets that have been purchased or acquired new less than 12 months ago are considered to be appropriate, regardless of when they were manufactured.

• Increasing safety requirements for divers with improvements to the display of dive flags, including that the flags must be in good condition and may be displayed on a nearby buoy.

Included in the new changes, the law now requires lifejackets to be worn:

• By all occupants of a vessel less than 4.8m between sunset and sunrise, when boating alone or when being used to transport goods/people more than 200m from shore.

• By anyone being towed, including waterskiing, wakeboarding or parasailing and those being towed on tubes, sea biscuits or similar towable devices.

• By anyone aboard a canoe or kayak when more than 100m from shore.

• By a person kitesurfing alone more than 400m from shore.

• When in an off-the-beach sailboat in open waters.

• In certain situations of heightened risk including, but not limited to, bad weather and crossing bars.

• By anyone at any time when directed by the skipper.

For the record Trade-a-Boat generally supports legislation changes like these that encourage increased boating safety. However, some see this (and many of the other changes) to be in conflict with a person’s right to personal choice and personal responsibility.

YOUR SAY: How do you feel about the new rules?