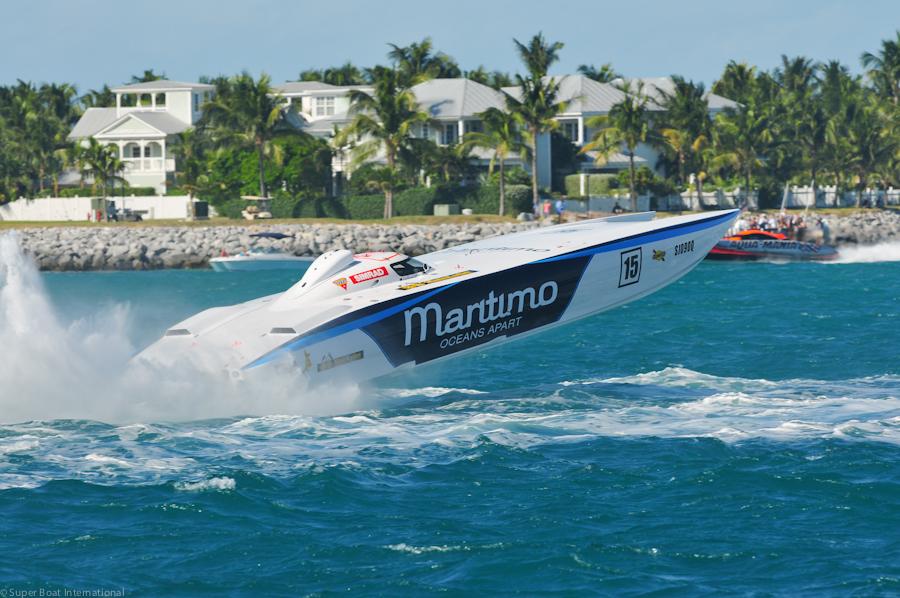 After more than 20 years of competition at an international level and numerous podium placings the Maritimo Offshore Racing team has taken out a world championship.

Willaton said the World Championship was decided over a three-race series. Maritimo overcame a fourth in the first race, to take out the second and final event. Recording a final points tally of 932.5 they defeated team Stihl by 7.5 points, with team JD Byrider a further 14 points in third.

“Maritimo has been competing at an international level for more than two decades and last year, running in the ‘unlimited’ class, we came second despite having the smallest engines of all boats competing,” said Willaton. “We certainly raised a few eyebrows last year, and this year’s win is a culmination of two year’s work.

Willaton said for 2012 the Superboat category was created out of an amalgamation of a number of different categories and Maritimo entered it as opposed to the Unlimited class. He says the latter category is highly competitive with some competing teams spend many hundreds of thousands of dollars just on engine technology alone.

“We teamed-up with Miss Geico Racing this year and they allowed us the use of their factory and trucks for transportation at Key West, which was a big help,” said Willaton. “After the first race there were some issues with the boat’s turning performance, so we were able to replace the rudder with the one from the old boat using their facilities.”

Willaton said the offshore racing experience gained over the years has led to improvements in the Maritimo’s production boats. He said experience with different hull laminates was one area where racing directly influenced its recreational motorcruisers.

“To compete at an international level with what in international terms is a modest budget and to come away a winner of a world championship is great news,” he said.