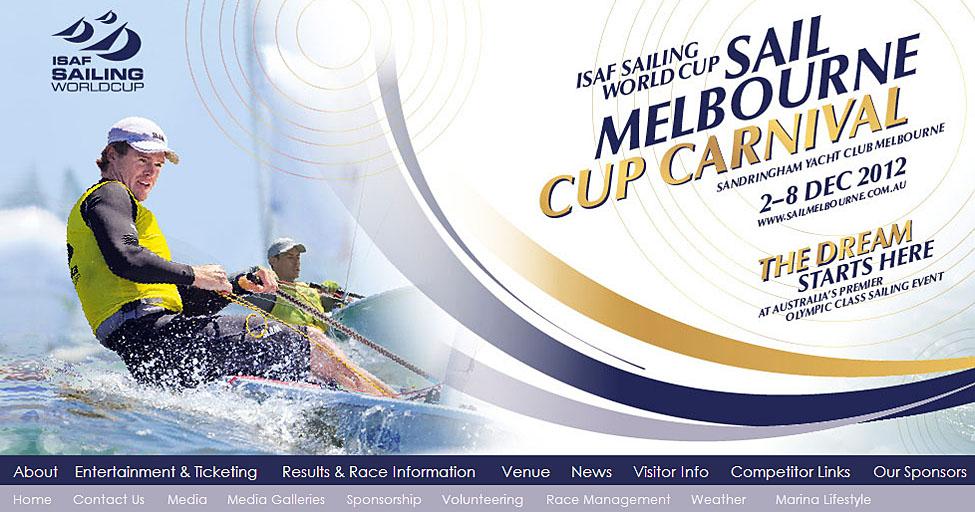 Sandringham Yacht Club in Victoria will play host to the ISAF Sailing World Cup from December 2 to 8.

Organisers say the regatta offers an opportunity for local and international Olympic athletes, as well as a new generation of sailors, to compete for the world title and commence their 2016 Olympic campaign for Rio de Janeiro.

Bruce Griffiths, Chairman of Sail Melbourne said, “With more gold won at the Olympics than any other sport, our sailors have showcased to the world that we are the front-runners in sailing.

”This event is an ideal training ground for gold.”

Two-time Olympic gold medal winner and six-time 470 world champion sailor Malcolm Page will attend the event as an ambassador following the announcement of his retirement from Olympic Class sailing post the London Games, along with fellow ambassador and gold medallist Iain Jensen.

Malcolm said, “I’m thrilled to return to Sail Melbourne this year in my new role as Official Ambassador. The regatta has remained an integral part of my training and Olympic preparation over the past several years and has consistently provided some of the best competition in the world.”

The organisers have added an Invited Class Program, which provides an opportunity for aspiring young sailors to compete in a world-level event alongside their sailing heroes.