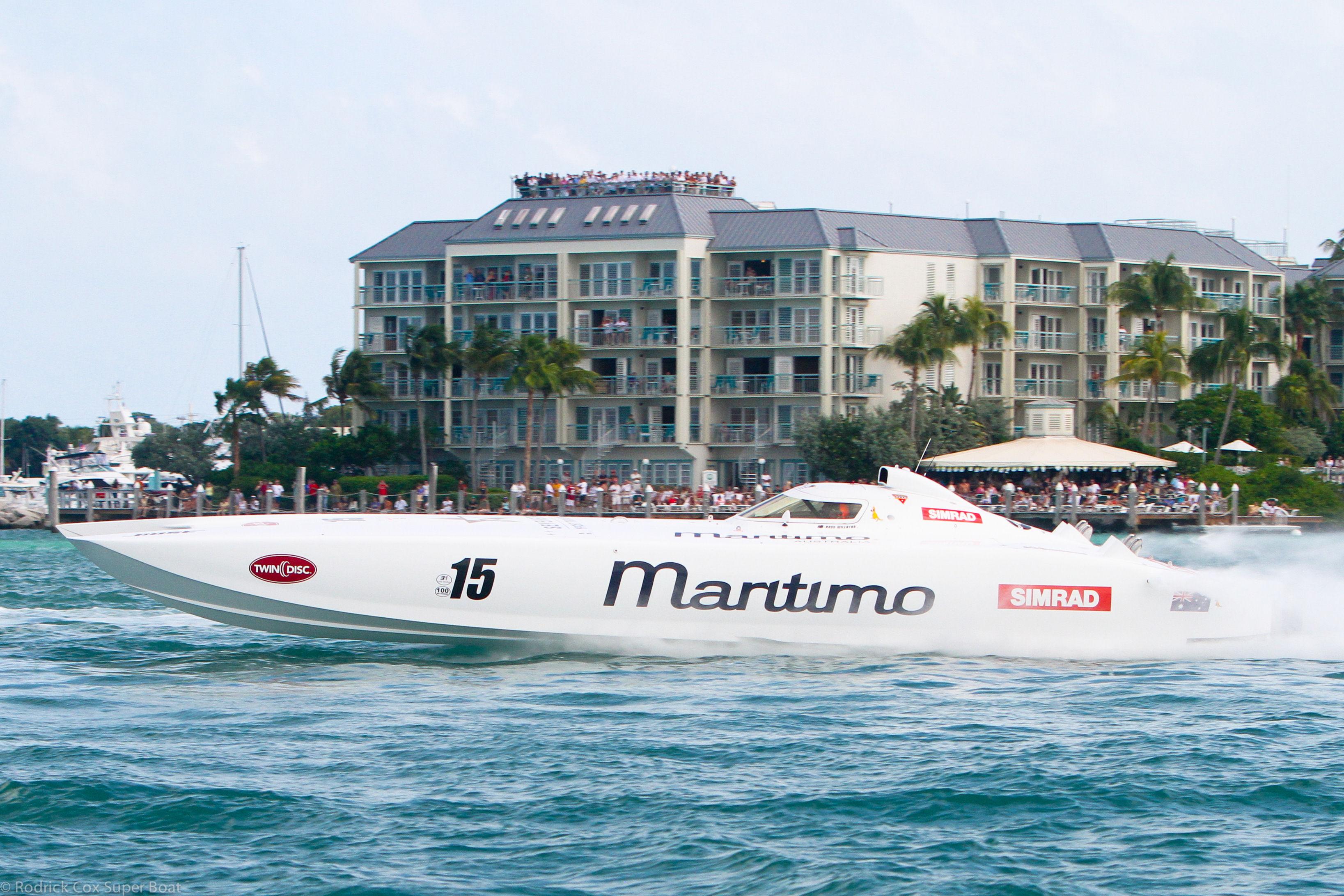 The fastest boats on the water are preparing for the annual Key West World Offshore Powerboat Championships in the USA next month and local crew, Maritimo Offshore Racing Team are confident they can better their runner-up position of last year.

Originally launched by Maritimo’s founder Bill Barry-Cotter the Maritimo Offshore Racing Team has earned an international reputation and narrowly missed taking out the championships last year running second to a US team.

“Last year we were defeated by the US team in an MTI-built boat in the open division,” said McGrath. “The Americans will always come up with the biggest motors so we have decided to not run in the open.”

The Maritimo boat, a 41-foot carbon-composite, will be shipped to America in readiness for the championships to be held early November. The boat will be driven by Ross Willaton and Peter McGrath.

Maritimo sales and marketing manager Greg Haines said the design and innovation that went into the offshore powerboat ultimately found its way into Maritimo’s range in many instances.

“The weight distribution that is critical to performance and the power steering systems are derived directly from our racing efforts,” said Haines.

“The lessons we learn in this highly competitive environment ultimately make our range of pleasureboats perform better and safer so there’s a lot more to the competition than just winning a championship,” he said.

Maritimo USA president Dave Northrop plans to take a group of Maritimo owners to Key West for the championships as part of an owners’ rendezvous.