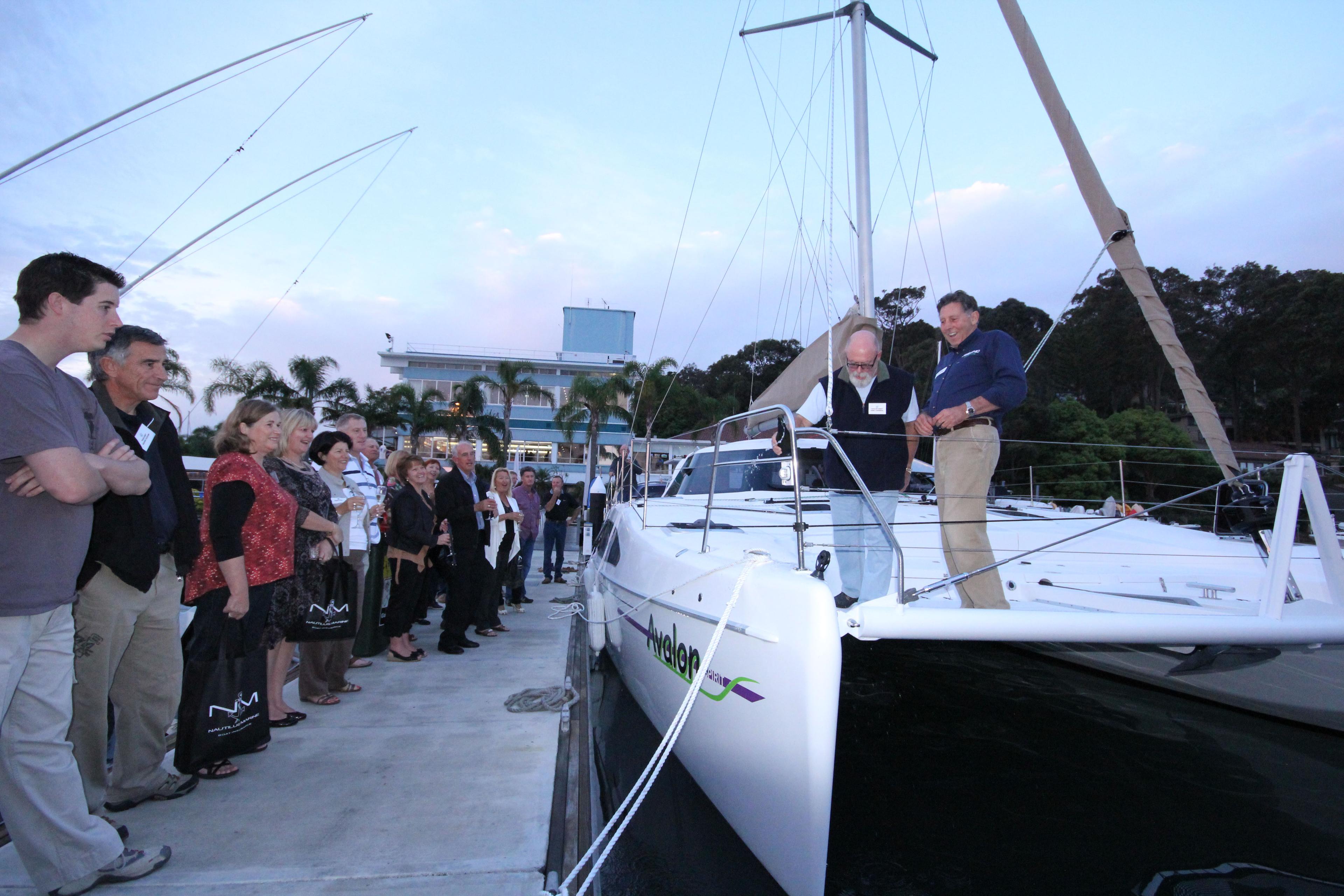 Seawind Catamarans has celebrated the arrival of the 101st Seawind 1160, the first Seawind 1160 produced at the Corsair Marine facility in Vietnam, at last weekend’s 14th annual Seawind Pittwater Regatta. New owner Chris Lawrence christened his new boat Avalon Spirit with champagne across the bow, in front of a large crowd of fellow Seawind owners.

Poduction of the Seawind 1160 was moved to Vietnam during 2011 with the aim of reducing production costs and passing on this reduction to customers by way of a significant price reduction, while still maintaining the high-build.

Seawind Group Holdings Pty Ltd, the holding company of Seawind Catamarans and Corsair Marine, was released out of Voluntary Administration on October 9 by administrators, BRI Ferrier. Escaping receivership was at a cost, however, as part of the brokered agreement called for a restructuring of manufacturing operations, including the closure of Seawind’s Australian production facility at Wollongong.

“This is a sad outcome for Seawind after 30 years of continuous Australian production, but the directors of the company feel that there was little other option. Regrettably, high-manufacturing costs and the continuing strong Australian dollar have meant the Australian-built catamarans have become uncompetitive against the many imported models,” the company said in a press release.

“This year has been the most challenging in the 30 years I have been in business,” said Seawind’s managing director, Richard Ward, “however, I have been humbled by the support of our suppliers and would like to offer my thanks to give Seawind this opportunity to move forward and focus on the next 30 years of building great multihulls.”

Seawind said it has been pleased with the overall Vietnamese product that has been produced with the quality of finish not only being maintained, but also being superior in some areas. This it said is partly due to the Corsair Marine facility being established in Vietnam for six years with a skilled workforce, and partly due to a number of Seawind’s shipwrights from the Australian facility being relocated to Vietnam to oversee production.

As an example, Seawind said its carpenter, Kevin Landry, who worked at the Australian facility for more than six years installing the timber interiors onboard the Seawind 1160, is now living in Vietnam fulltime and managing the timber interior installation across the Seawind range. Seawind added that its senior management, including Ward, Mike Rees and Mark Waller also regularly visit the Vietnam factory to oversee setting-up the production lines.

Seawind took over Corsair Marine in 2010 as a strategic move to counteract the growing difficulty of maintaining competitiveness with rising manufacturing costs and a sky-high Australian dollar in a very competitive global market. Corsair it said has been manufacturing high-performance production trimarans for 25 years and moved its production from the USA to Vietnam for the very same reasons. The increase in quality, Seawind says, has also been noted on the Corsair range, largely due to a greater degree of affordable labour on tap to obtain a higher grade of finish.

Since moving production to the Corsair Marine factory, several Seawinds have already been shipped to Australia and launched including two Seawind 1000XL2s plus the Seawind 1160 that arrived recently. According to the company, there are many more on order scheduled for shipping to Australia, the USA and Dubai.

Seawind added the Group’s recent restructure has now positioned the company to be more competitive in a global market and expand into export markets not before accessible due to the high Australian dollar and high costs of manufacturing in Australia. The company remains 100 per cent Australian owned.

Top photo: A happy Seawind boss, Richard Ward (at right) joins owner Chris Lawrence as he christens his new Seawind 1160 with champagne. The boat is the first 1160 constructed in Vietnam for the Australian multihull builder.