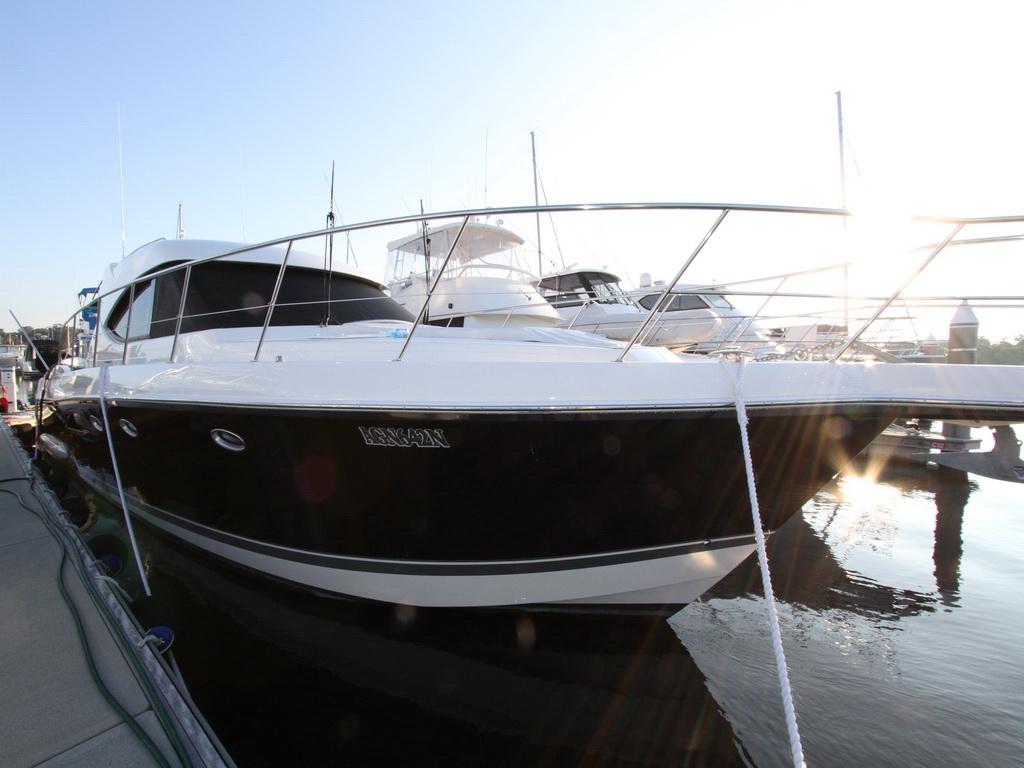 A recent incident involving a Club Marine member’s stolen boat serves to underline the maxim that crime just doesn’t pay — at least not when it involves a large boat and plenty of observant locals.

When staff at Soldiers Point Marina on NSW’s Central Coast noticed a 50ft Riviera Sport Yacht, with a distinctive dark blue hull, missing from its berth under suspicious circumstances, they immediately alerted the boat’s owners, who then contacted Club Marine.

With the marina staff also alerting police, Club Marine said its NSW state manager Corey Yeung formed a posse, including Crime Stoppers NSW MD, Peter Price and Marine Rescue NSW Commissioner, Stacey Tannos. According to the insurer, both organisations wasted no time mobilising and the search for the missing boat was on in earnest.

One tip even came from Al McGlashan, the sportsfishing columnist for Trade-a-Boat’s sister publication TrailerBoat, a reader blogging his Facebook page, with a posting of a sighting of “…a big blue vessel that did fly past at about 7am… it caused a massive wake, washing away my knife and soaking me.”

The outcome was that the Riviera was found within 24 hours of being reported stolen and was returned to its owners the following day. According to a first report by the assessor, the boat suffered only minor scratches to the starboard side of the hull and to the platform-mounted PWC, as well as some damage to a 240V shorepower lead that appeared to have been entangled in the Zeus drives.

Club Marine national claims manager, Phil Johnson is pleased at the speedy recovery of the Riviera and said: “It just goes to show how rapidly a situation such as this theft can be resolved when Club Marine’s extensive claims and support network is set into action.”

Police are still investigating the theft and are yet to press charges.

Photo: The marine telegraph was abuzz when this Riviera 5000 Sport Yacht was stolen from Soldiers Point Marina, Port Stephens, NSW.