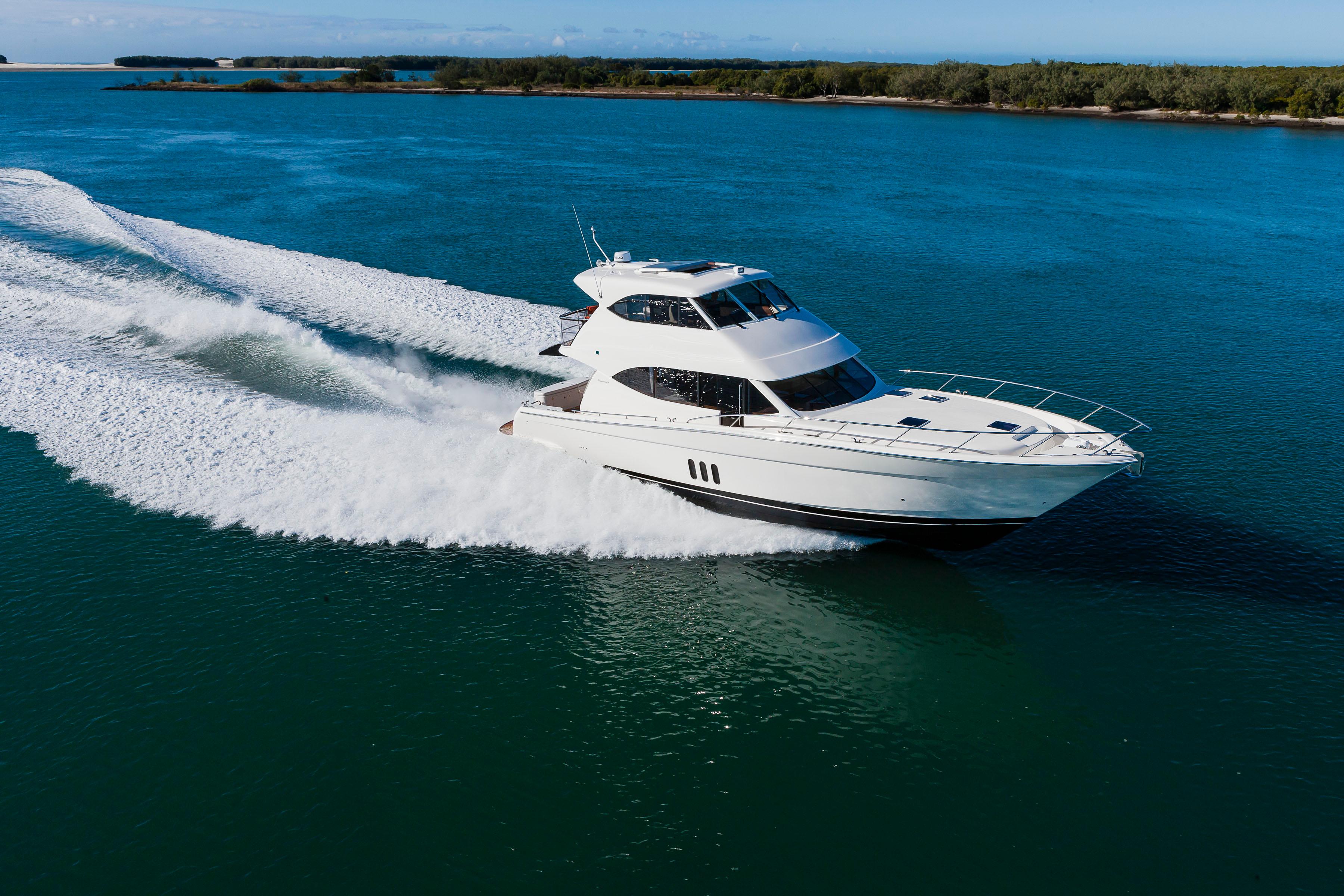 Mega-storm Hurricane Sandy has had a significant impact on attendance at the world’s largest boat show, the Fort Lauderdale International Boat Show that finished Monday, according to Australian luxury cruiser manufacturer Maritimo, who says its large display and new models drew sales.

Maritimo USA president Dave Northrop said yesterday (Tuesday Australian time): “In spite of the weather challenges, with a lot of people having to either postpone coming or leave early, the Maritimo stand was the most productive we have had at Fort Lauderdale in years.

“The award-winning new M58 literally stole the show, with both prospective buyers and competitors alike blown away by its design, dramatic master stateroom and overall finish and quality.

“We have a number of our 14 US dealers who were represented now working finalising contracts with a number of people on the M58 and over the next week we will know exactly where we stand, but we have sold a number of them,” he said.

Maritimo owner, Bill Barry-Cotter, was in attendance at the US show and said he believed it was the most positive and encouraging for the industry in five years.

Northrop said he attributed the success of Maritimo’s sales and interest in its stand to the company’s aggressive new-product-development rollout leading the market with innovative layouts, dramatic master staterooms and industry-best performance and fuel efficiency.

“There’s no doubt Hurricane Sandy and also the pre-election mood in the country has had an impact, but the encouraging thing is that despite those influences we have seen Maritimo enjoy an increase in market share and when the dust settles this will probably be one of our best shows in years sales wise,” said Northrop.

Photos: Maritimo’s M58 Cruising Motoryacht; the stateroom aboard the M58.