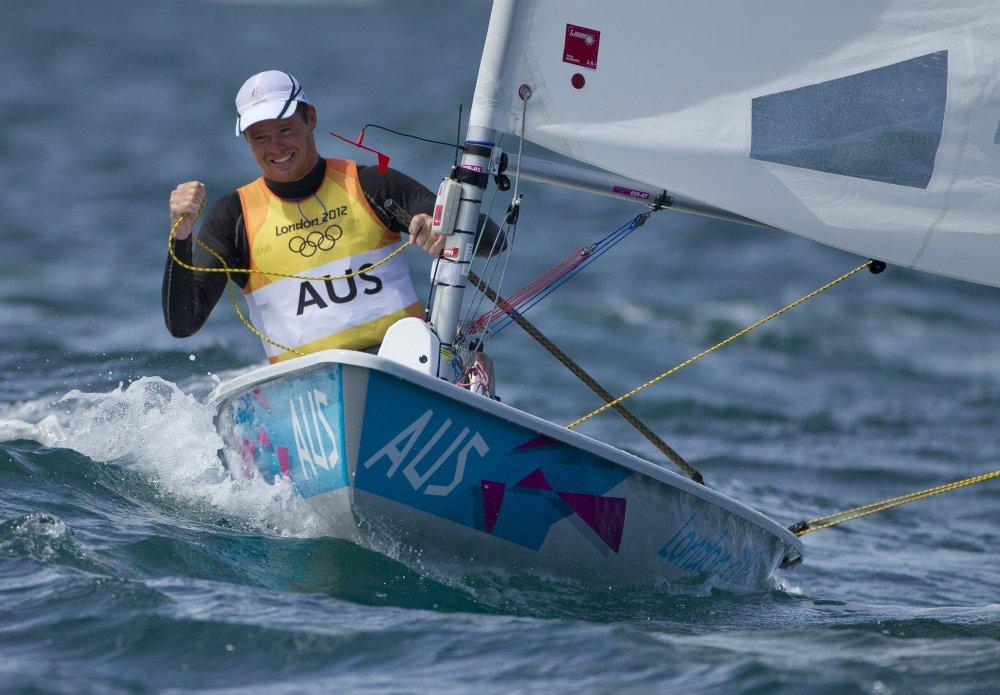 Slingsby, who convincingly won the gold medal in the Laser class on Day 11 (August 6) of the London 2012 games off Weymouth, is scheduled to head for Hamilton Island where regatta racing begins on Saturday.

Harburg said that he and the crew of his yacht were looking forward to welcoming Slingsby back into the team after what had been, for him, an incredibly intense campaign to win gold.

“Tom has been sailing with us as tactician for some of our major regattas in recent times, and every time he has been with us we seem to have stepped up a notch,” said Harburg, who races out of Brisbane’s Royal Queensland Yacht Squadron.

“The fact that he has won five Laser world championships, and now an Olympic gold medal, tells you everything about him. His level of concentration and his ability to plan a successful result through superior tactics can only be described as unique.

“At the same time he is very much a team player: he fits in perfectly with the ‘brains trust’ in the cockpit, including helmsman Mark Bradford, navigator Scott Walton and our sail trimmer, three-time Olympian, Anthony Nossiter,” he said.

Ironically, it was Australia’s head coach for the Olympics, Victor Kovalenko, who trained that crew for Race Week.

Black Jack will be competing against some of Australia’s and New Zealand’s best ocean-racing yachts and crews for the Audi IRC Australian championship Grand Prix division at Race Week. The yacht was named after another Australian sporting legend, motor racing world champion, Sir Jack Brabham, a friend of Harburg’s.

Once Race Week finishes on August 25, Slingsby is scheduled to head to San Francisco where he will compete in an America’s Cup warm-up regatta for the Oracle syndicate, which will be defending the trophy next year.

2). Slingsby will be tactician onboard Black Jack at Audi Hamilton Island Race Week.