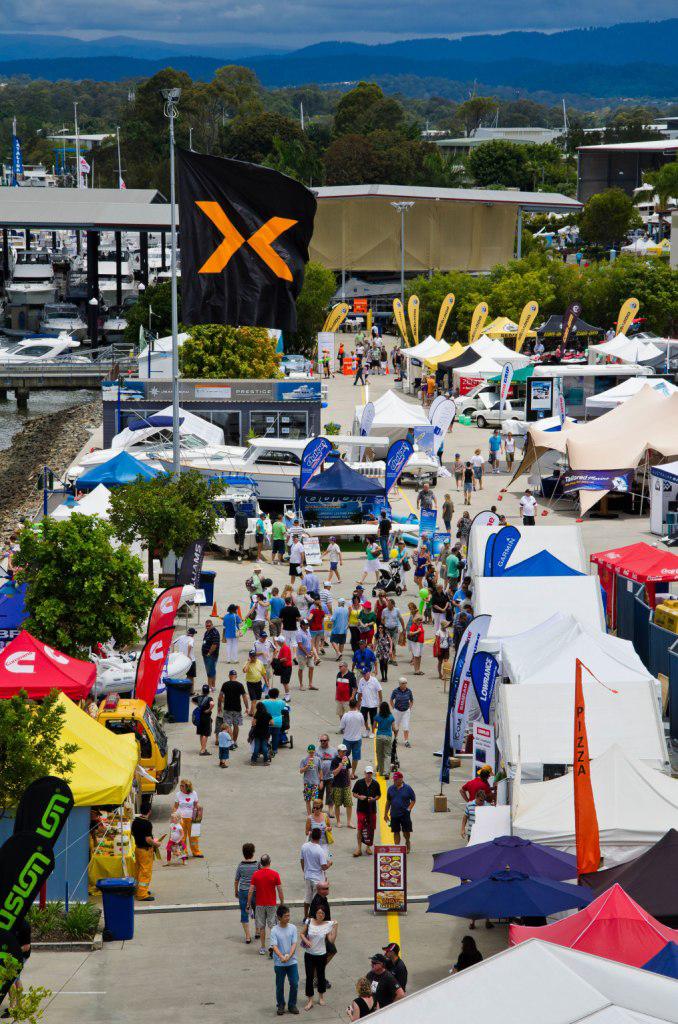 The community- and family-focused boating spectacular is promising to be bigger and even more entertaining than last year, based on exhibitor commitments and attractions confirmed to date.

Last year’s Expo brought almost 16,000 people through the gates over the three-day event, and with sponsorship confirmation from the Nine Network this month, organisers anticipate that attendance numbers will grow this year, making the Expo one of the major events on the Australian boat-show calendar.

Gold Coast International Marine Expo spokesman Stephen Milne said this was great news and would help to further increase the profile of the show across Queensland and nationally.

“We are thrilled to be working with Brisbane’s number one network and look forward to welcoming fishing and boating guru Paul Burt to the Expo, where he will broadcast his fishing, boating and weather report live from our 32-hectare waterfront site,” said Milne.

“It truly is a great testament to the rapid growth of the Gold Coast International Marine Expo, which is only in its second year and has already secured the support of the Nine Network. The tailored airtime across Nine Network’s popular programs, include Nine Gold Coast News, National Nine News, and the Today Show, as well as a campaign on the Go, Nine, and Gem channels.

“We also have an exciting national viewer competition with the Nine Network’s Today Show that will run in the lead-up to the Expo.

“The 2012 Gold Coast International Marine Expo is shaping up to be a family, fun-filled event with a 2.5km display circuit with more than 200 of the leading marine brands confirmed already.

“Entertainment will include the RAAF Roulettes, who will perform an aerial acrobatics display at noon each day, the Yamaha Supertank Travelling Fishing Show, and the Jetlev Jetpack Flyer Australia, where a professional will fly the gravity defying jetpack along the Coomera River.

“There will be more than 120 boats at the on-water display and other attractions include the Saturday night shipyard party that is open to the public, fireworks display, and artists’ quarter fundraising auction for our valued community groups, the Rotary Club of Coomera River, Sailability, Wasp Creek Rural Fire Service, Paradise Kids and the Westpac Surf Life Saver Rescue Helicopter.

The second annual Gold Coast International Marine Expo will be held on November 2, 3 and 4 and will be open to the public free of charge from 9am to 5pm over three days.

Expo showgoers can see the travel lift in action from largest working shipyard in Australia.

Part of the Expo's key attraction is the ability to see behind the scenes of Australia's largest boatbuilders.