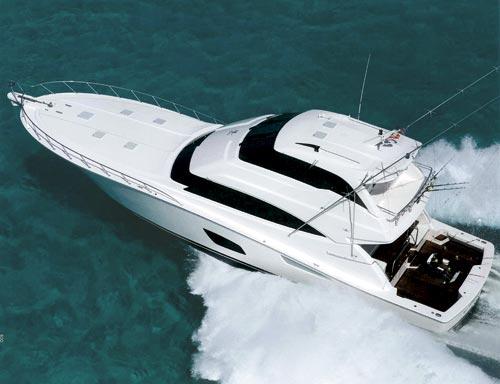 After more than 50 years in Miami, iconic Bertram Yachts is relocating to Merritt Island, Florida, where it plans to build more and better boats in larger buildings and on a bigger piece of land on a navigable waterway.

The decision to relocate was made about four years ago as the company began to outgrow its original facility. Bertram looked at more than 30 plant sites from North Miami to Virginia Beach, Virginia, while they cleaned-up and reorganised the Miami facility in order to sell it.

“We were looking for properties that were on navigable water and that preferably had large, tall buildings,” says Bertram president Alton Herndon. “We wanted property that had at least 30 to 40 acres. And it goes without saying we were looking for a community to hire good employees. Thirty-five sites later, and here we are — Merritt Island, Florida.”

The moulds for the Bertram 800 are already onsite. The company expects to begin work on the first boat in late September and complete the move during October and November. A yacht already begun in Miami — a Bertram 640 — will be relocated on its own bottom to Merritt Island for completion. The move coincides with Bertram’s increase in production.

Bertram has operated out of the same plant since 1951. The old building had a low ceiling height; some 32 feet, while the new facility soars to 60 feet, plenty of room for the 80 convertible even with its enclosed bridge. The company will try to relocate as many of its roughly 125 employees as possible and hopes to expand its work force to about 220 in the next few years.

Photo: The biggest Bertie of all, the 800 Enclosed Flybridge Convertible and her sisters will be built at a new Florida facility.